Don't get me wrong, I love Pinterest. I spent years resisting it, certain it would be a black hole for my time. (I also have an unreasonable need to go against the crowd, so that was part of my resistance too.) But I finally gave in and got an account, and I was partly right. It IS a black hole for my time, but that black hole actually has a wormhole in it that leads to another dimension that's full of creativity and awesomeness!

But there are things on and about Pinterest that I just don't get. 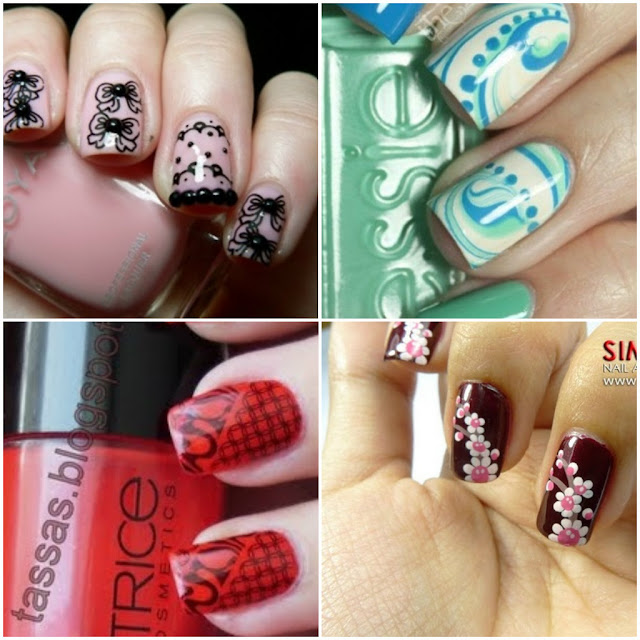 Pretty snazzy. But...who the heck has TIME?! Furthermore, even if you DID have the time, wouldn't you be CONSTANTLY worried about messing your nails up? Especially after spending, what, seven hours on them? And, who would REALLY see them? If your nails are complementing your outfit somehow, if someone is far enough away to see your whole outfit, they sure won't see the details on your nails.

Because A) isn't that what everyone does ANYWAY? Does anyone really NOT pin something because they don't want to read it RIGHT NOW? B) This seems like a "selling point" on your pins. Which doesn't make ANY sense because you won't make money or anything if more people pin your pins. And if you DO make money on your pins, like, if it directs you to your blog or something, why are you telling people to NOT read it right now? C) If I am going to read the pin right now, what's it to you? Are you trying to do me a favor by telling me when to read this pin? 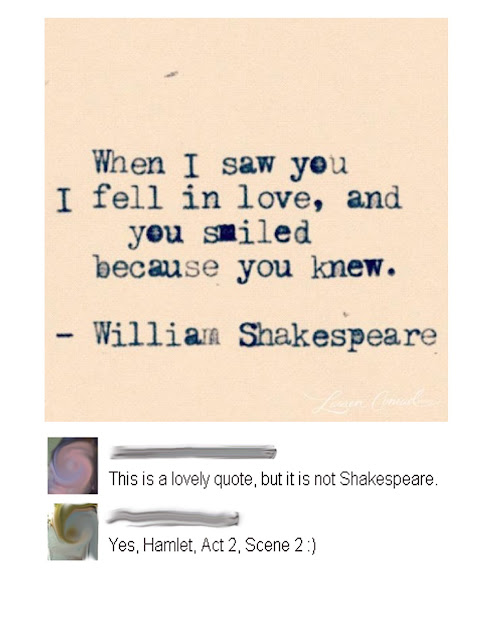 What? What? FIRST OF ALL, the fact that the trite saying keeps getting attributed to Shakespeare is alone reason enough for dismay and confusion. But the smug "Yes, it is by Shakespeare, it's from Hamlet" is even worse. In a snarky reply to the above comments, someone added a line that IS from Hamlet, Act 2, Scene 2: "But, look, where sadly the poor wretch comes reading." *sigh*