Today, I am happy to host the amazing Carrie of Seeker of Happiness! She's a fellow blogger with a fantastic tote bag business and she's my guest today.

Carrie and I go way back, to the Fall of 2004, when we took John Bidwell's acting 1 class and did our final scene together. We ended up forgetting our lines during our final performance, because every time we got together to rehearse, we ended up talking for hours instead. Now, ten years later, I'm still honored to consider her one of my best friends.

Exactly a year ago (by bizarre coincidence, it really was exactly a year ago--March 26, 2013), Carrie posted a powerful blog entry about a dream she had. It's one I refer to a lot anytime something controversial comes up--gay marriage, women and the Priesthood, etc. And I'm thrilled to repost it here.

So without further ado, take it away, Carrie! 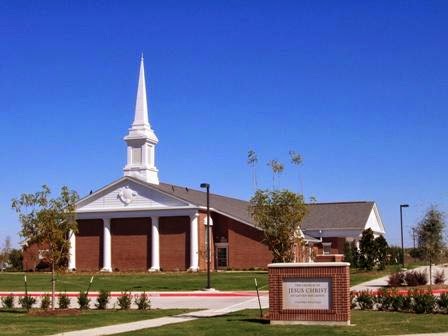 I had a dream last night. It was probably the most vivid and realistic dream I've had since the one from 2005 about a Mormon Holocaust. I woke up feeling many, MANY emotions and after taking the day to mull it over I am feeling overwhelming grateful that dreams exist.

I was attending church here in my ward in Utah. Same building, same congregation. I was teaching Junior Primary singing time (for children ages 3-7), which is, in real life, my current calling. In order to teach a principle on being reverent, I had a boy and a girl come with me outside of the Primary room and I asked them to tell me one way they could be reverent. I don't remember their answers, but we went back in. I explained to the rest of the group the question I had asked, and Sister Black (who really is a counselor in the Primary presidency), leaned her chair back and said: "Oh! We don't ask questions like that in church anymore!"

I was pretty confused and got real snobby and sarcastic.

"We don't ask questions like that in church anymore? What does that even mean?"

"We were asked not to ask those kind of questions. There was a letter from the First Presidency. Just remember for next time."I was clearly annoyed and disbelieving and went on to the teach the rest of singing time how I wanted.

During the 3rd hour of church, I walked in late to Relief Society. Sister Cox (my Relief Society President in real life) had just finished reading "the letter" from the First Presidency. I didn't hear it because I was late. There was a murmur of discussion about the new church policy asking members to not use QUESTIONS while teaching the gospel, both in church, and out.
As far as I understood, you could ask questions if you were confused, and you could answer questions from others, but you couldn't ask a question to teach a principle.

I remember that I wasn't "confused." I wasn't TRYING to "figure it out." The idea was simply illogical and absurd to me. I raised my hand and I asked question after question to try and find a logical explanation for the passing of this new policy. Every time I asked "WHY?" however, I could feel the other women in the room avoid eye contact with me. I was very aware of their backs and their shoulders. I was making Sister Cox uncomfortable. I remember using two points:

1.) Are they going to block out the entire section in Preach My Gospel specifically laying out to missionaries the importance of ASKING QUESTIONS?

Sister Cox responded that, yes, they most likely would.

2.) Alright then. Are they going to seal up the ENTIRE NEW TESTAMENT too? Because I'm pretty sure every time Christ taught anyone, He used questions to do it.

Then, slowly, women began to raise their hands and comment. They only looked at each other and Sister Cox. No one made eye contact with me. They all said in different ways the following:

I remember feeling a mixture of emotions. None of them were angry. All of them were astounded. How did wondering what brought upon this new policy suddenly make me faithless? How did I go from a functioning member of a ward FAMILY and in 5 minutes turn into someone to avoid talking to? It was as if my "faithlessness" would be contagious through eye contact and communication.

I decided to go home. I was trying to find Scott since he had the car keys. While looking for him, I ran into Brother Tibbets (the real life 2nd counselor in my bishopric). He lovingly told me that he had heard I had some questions and then encouraged me to meet with him and the Bishop. I remember that I felt genuine love from him, but I was put off that I was being invited to meet with the Bishop. I did not feel any sway in my testimony of the gospel, but felt like I was being treated as though I had lost my faith.

I ended up walking, and then running home down a long, steep hill. It was sunset- the only thing not consistent with real life and my dream. Normally, I have church meetings at 11am and have never seen a sunset while leaving early.

I remember thinking as I ran that I hoped Scott would not look for me and just get the baby and come home to find me.

Then I woke up.

As I explained my dream to Scott, I was hit with the same wave of... empathy that I had upon waking up in my bed. I thought about all of these faithful members of the church who ask a question as simple as "why?" and are treated as though they have lost all faith in Christ, His atonement, and His restored gospel. I thought of how some of them eventually DID lose faith in those things. And I wondered if how they were treated had more to do with that than I originally suspected.

I have thought a lot about women who struggle with not having the priesthood. Or women who don't struggle with that but get lumped in the group with those who do because they want to know why we don't talk about Heavenly Mother, or why women don't wear pants to church. d I thought about people who wrestle with Prop 8. People who feel like NOT supporting gay marriage is just as ridiculous as not asking questions while teaching the gospel.

How dare anyone say: "I have not had that problem, so neither should you. Something must be wrong with you, at least SPIRITUALLY if you struggle with that."

One of the most beautiful facts of the Plan of Salvation is that God will judge us each individually. He will take into account EVERYTHING. Even what we WOULD have done had opportunities A, B or C arose.
What a marvelous weight we have off of our shoulders!

What a wonderful thing to not have to judge the faithfulness of others, but instead, simply love them.
at March 26, 2014