Thoughts on "Affair-Proofing Your Marriage" 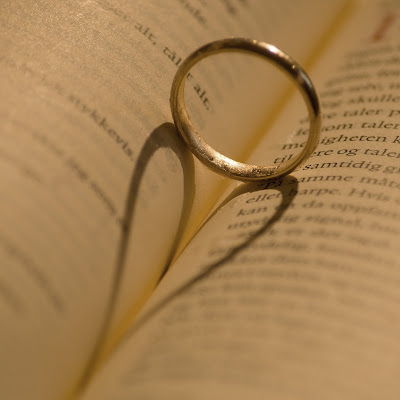 Recently, an article popped up on my newsfeed. It was from a site called "The Dating Divas," which I'm kind of familiar with. The article was called "16 Ways to Protect Your Marriage From Infidelity." This article isn't an anomaly...there are handfuls of others floating around the web. I found this one and this one that had a similar tone and similar advice. And while I admire the intentions of all of these articles, I want to talk about a few issues I have.

(Disclaimer: All of the articles I reference, and my own thoughts, are specifically about married, monogamous, heterosexual couples. There is an enormous range of other relationships out there...this stuff just doesn't quite apply to them in the same way.)

First of all, I want to make it clear that all of these rules listed in these articles probably make sense for SOME couples. Jacob and I followed a lot of them when we were first married. Whatever rules you and your spouse set are best for you--no one gets to tell you what's best for YOUR relationship. So in explaining the issues I have, I'm not saying that MY way is the BEST way. I'm just saying there's more than one way that really works.

Let's just get one thing out of the way right now: "Taking it up a notch in the bedroom" will not affair-proof your marriage. I see this idea aimed almost exclusively at women..."give your husband more sex and he won't leave you." This is an archaic idea to me; that if men don't get enough sex (or good enough sex) from you, they'll find it elsewhere. That it is solely your responsibility to meet his every sexual desire. Because, listen. Sex is a super important part of marriage. And making sure one another's legitimate needs are met is a valid and important thing. Compromises sometimes need to be made on either side. But if a man has an affair, there's probably more going on than sexual dissatisfaction. Men are capable of controlling themselves. If there are legitimate sexual disconnects, talk about it. Work it out. But ladies? Don't "give" sex JUST because you're afraid your husband will find it somewhere else if you don't put out.

A lot of these articles talk about sharing passwords, keeping in contact during the day, always knowing who your spouse is with, and being a familiar face to those your spouse works with. One of the most common tips is to never be alone with someone of the opposite sex (no texting or messaging either). But here's why I don't like these rules. Or, at least, here's why Jacob and I don't have them. They all send the message "I DON'T TRUST YOU." They imply that both me and my spouse are children who need constant monitoring. They imply that adultery is an evil monster that's lurking in every shadow, just waiting for the right opportunity to pounce. All of these tips seem so based in FEAR. And the ironic thing is this: that very fear, and that very lack of trust, is damaging to a relationship. And a damaged relationship is actually more susceptible to adultery.

I show my love for Jacob by just trusting him. I trust that he is a grown man who can make responsible decisions and can have meaningful relationships with other people without it threatening me. And I feel his love for me in his trust. My friendships with other men and women are meaningful and real, and none of them make my marriage any weaker. (And in Jacob and I's case, it probably makes our marriage stronger, to be honest. I am a better, fuller person when I have friendships outside of my marriage, and that also makes me a better wife.)

From and LDS standpoint, I understand the need to treat the marriage covenant as sacred, and to guard it fiercely. It makes sense to want to do everything possible to remove temptation, to not give Satan a chance, to keep yourself as far away from even the appearance of sin as possible. But for Jacob and I, the best way to keep our relationship strong is to simply talk to one another. We don't have rules about being alone with the opposite sex. But we do have rules about keeping things from one another. I don't say anything to anyone unless I would also say those things to Jacob. The only things I ever keep from Jacob are things that aren't mine to share--confidences about the lives of others. But I will tell Jacob, "So and so had a long talk about some of the things they're going through, and it was a good talk." Because for us, honesty is what "affair-proofs" our marriage. Adultery is painful not just because of the sex, but because of the deception.

So, I'm currently in rehearsal for a show in which I kiss someone else. This is something that Jacob and I talked about when we first got married (stage/screen kisses) and we already know we're both okay with it. It's a kind of strange situation--one that not many monogamous couples experience...your spouse kissing someone else, even though they don't have a real-life romantic or sexual relationship with that person. And it was a situation that I'd never been in before. But I think if Jacob and I spent a lot of our time worrying about each other's fidelity, a stage kiss would be a much bigger deal than it is. But Jacob is honestly, truly, 100% okay with me stage-kissing someone else. Because he trusts me. The other night in my rehearsal diary, I wrote about how empowering that trust is. It allows me to do my best work as an actress, and to feel safe in fully committing to every scene.

That same trust is what allows me to have meaningful and uplifting conversations with people, both men and women. It's what allows me to follow the Spirit and send a text to someone who might need it, without worrying about what my husband will think if that person happens to be a man. That trust allows me to be the best version of myself, onstage and off. And I try to give that same empowering trust to Jacob.

So here's my tip about "affair-proofing" your marriage: Be an adult. Trust your spouse. Trust yourself. Listen to your instincts, and if you or your spouse are uncomfortable with something, speak up. TALK TO EACH OTHER. Set your own rules and follow them. Don't worry so much about adultery lurking in every corner, waiting for you to let your guard down. Don't give it that much power.