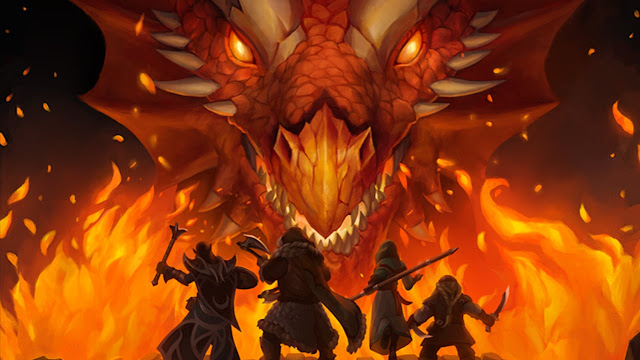 Welcome to the campaign!*

We're playing a long-term game of Dungeons and Dragons here, and if you're new, there are a few things you should know.

First, we have to function as though there's no Dungeon Master. (Or if there is, we don’t know who they are, but that gets into a whole ‘nother thing, so.) We’re all just going for it with the information we have.

Second of all, we’re a big group of adventurers with different priorities, but in general, we’re fighting for social justice. We often come together to work on a specific campaign or battle. (For example, right now, in June of 2020, a big group of us is focusing on racial justice.)

Third of all, unlike real DnD, you don’t have to stick with one class if you don’t want to. You can choose a different class each day, or overlap which class you’re a part of at any given moment.

Okay! Ready to join? Here are the classes you can choose from:

Fighters
Probably the largest and most visible class. These are the folks who march, carry signs, attend rallies, who are vocal on social media.

Barbarians
Warriors whose rage fuels them to (often violent) action. Throwers of bricks, topplers of statues, and painters of graffiti. They primarily fight for causes by disrupting the economy. These folks are definitely valuable to any cause, although some argue that too many on your team can become a liability.

Monks and Paladins
These folks focus on the spiritual and emotional aspects of the fight. These are the psychologists, the writers, the podcasters, and the friends reminding you that it’s okay to take a break. They provide a good balance for the fighters and barbarians.

Bards
The artists who use their art to critique the social order and provide hope for those fighting for change. Singers and songwriters, painters and other visual artists, theatre companies, TV and filmmakers, and creative writers.

Clerics and Druids
The healers and suppliers. They support the fighters during rallies and protests by providing medical care, food and water, transportation, and protection. This can sometimes be a dangerous job, but their involvement makes a huge difference at large protests. They’re the ones with first aid kits and bottles of water.

Rangers
These folks are fighting on the fringes, having tough conversations with friends, family members, and acquaintances. Rather than participating directly in rallies and protests, they work to challenge the status quo wherever they are. This work isn’t as visible, but it’s deeply meaningful, and crucial to any social justice movement.

Rogues
The folks who use subversive tactics to fight against “enemies” of the movement. The internet group Anonymous is the perfect example. Standard tactics include things like hacking social media hashtags (like when KPop fans started using #WhiteLivesMatter to flood social media with KPop instead of white supremacy), crashing websites, sending memes to surveillance apps/sites to drown out any actual surveillance, and doing otherwise generally “legal” activity to stop immoral activity.

Casters and Support Casters: Sorcerers, Warlocks, and Wizards
These folks take direct action through donating, calling representatives, showing up at government meetings, voting, drafting letters, etc. These folks do the work “on the ground” even when there isn’t a protest or news story. Consistent ongoing work is key here, and it’s often most effective when you prepare a specific spell to utilize.

Okay, so sometimes there’s a battle where you’re called to be a part of a protest or rally. There are a handful of important things to bring along. It’s best to carry these things in a backpack—something that’s easy to carry and walk/run with.

NECESSITIES
1. Cell phone – Make sure it’s fully charged and has enough memory to record video footage
2. Cell phone battery bank and cord – Helpful if you’re there longer than you anticipated
3. Water – Necessary to stay hydrated, and also good for first aid.
4. Snacks – Things that are easy to store and that provide quick energy are best. Granola bars, apples, nuts/trail mix, etc.
5. ID – State or federally issued ID, and any medical information (bracelets stating allergies, medications, medical conditions, etc.)
6. Meds – A few days worth of any needed medication, in its original bottle, in case you’re away from home for longer than anticipated.
7. Sunscreen – Only necessary if the rally/protest is during the day, but it will definitely prevent misery (and cancer).
8. Emergency contact info – Write down the name, phone number, and relationship of at least one person someone would need to contact if something happens to you.
9. A knowledge of your rights during a protest. The ACLU has a perfect guide. (Be sure to especially know your rights when interacting with law enforcement.)

OPTIONAL SUPPLIES
1. Lawyer’s phone number and name – Check in your area if any lawyers are offering pro-bono services to those who need a defense lawyer during protests. You can write their name and phone number on a card you carry with you, or on your arm in pen.
2. Social media account (Twitter or Facebook) – Not everyone is a fan of social media, but sometimes these accounts can help you find out about protests and rallies, as well as help you communicate with others during rallies.
3. Police scanner app – You can listen in on local police scanners, keeping tabs on communication between officers, which may be helpful during rallies or protests. You can download “5-0 Radio” from the Apple store, or look for other options.

OPTIONAL: TEAR GAS PROTECTION & TREATMENT
(Tear gas has been used more and more often at protests, even when participants are peaceful. This article has detailed information on what tear gas is, how it’s used, and how to deal with it.)
1. Bandanas – Good for first aid treatment, hiding your identity if you feel it necessary, and providing protection from tear gas.
2. Hat – Sun and tear gas protection.
3. Goggles – For protection from tear gas. Swim googles are best, but any eye protection is better than nothing.
4. First aid kit – Gauze, painkillers, bandages, and other basics.
5. Umbrella – Can be used as additional protection against tear gas.
6. Baking soda/water mixture – The most effective known treatment for tear gas. 3 teaspoons water for every 8.5 ounces of water. Prepare ahead of time and store in water bottles or squeeze bottles.

There are two more really important things you need to know about this social justice adventure thing.

First, you need long rests in order to fight in any battle. You need regular and consistent rest to participate in any campaign. Don’t burn yourself out, or you won’t be able to fight effectively, no matter what your class. It doesn’t matter how well you roll if you’re depleted. If you can't fight right now, that's not your fault. Do what you have to do to heal and care for yourself.

Second, you may think “But I don’t want to be an adventurer! I want to be a non-player character!” Which is totally an option, but uh… NPC’s aren’t heroes. In almost all social justice causes, there’s no true neutral. If your alignment isn’t good, it’s evil. If you’re intentionally doing nothing (which is different from resting and caring for yourself), you’re upholding the status quo, and if the status quo needs to change, well then, you’re allowing yourself to be a part of the problem.

You don’t have to be a strong fighter. You don’t even have to attend in-person battles. At least half of the classes do their work quietly and in small ways.

So come join us. We saved a spot at the table for you.