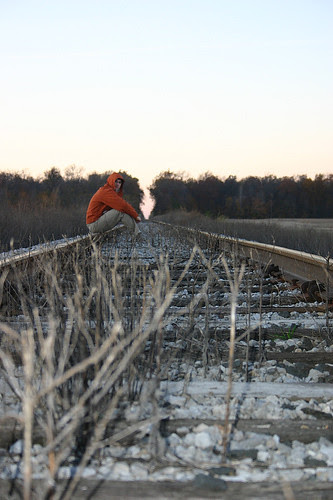 Running away- let's do it,
Free from the ties that bind.
No more depair
Or burdens to bear
Out there in the yonder.

Running away- go to it.
Where did you have in mind?
Have to take care:
Unless there's a "where,"
You'll only be wandering blind.
Just more questions.
Different kind.

"Life is full of misery, loneliness, and suffering-- and it's all over much too soon." --Woody Allen 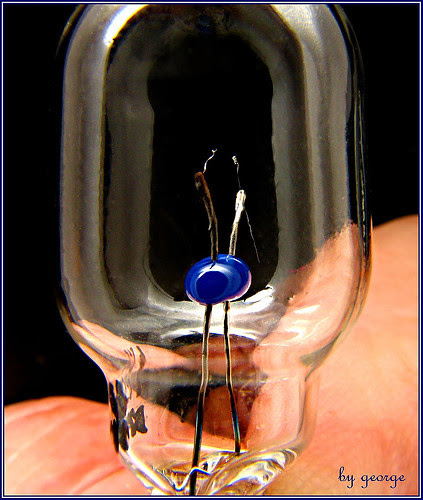 Warning: I’m sort of a grumpy gertrude tonight. I’m just having a blue, lonely night and can’t figure out why time can’t speed up a few days so I can just get OUT of here.

I think the first part of this list will be comprised of two lists...

LIST ONE: REASONS FOR ME TO BE UNHAPPY
1. I’m hungry and I have no food.
2. As great as my roomates are, they just can’t compare to the love and closeness I had last winter, and which I dearly miss.
3. My best friend is 5 hours away.
4. I broke up with a boy I was thinking about marrying a week ago.
5. It’s cold outside, and I have no car, which means I either have to stay in my house or be cold.
6. I really want dessert, but APPARENTLY the dessert that was made for our exclusive apartment christmas party only caters to some members of the apartment. AKA, I’m the only one here who hates cheesecake, so everyone gets dessert except me. And there’s nothing else to substitute.
7. I’m poor. Ok, I’m broke. Finding a job without a car is hell around here.
8. People are generally disappointing to me. As a whole. At least tonight they are.
9. My head hurts.
10. I have to do white-glove.

Okay, so I’m being ridiculously self-indulgent. But I’m also being reclusive about it, so no one else has to come under the darkness of my own personal rain cloud. Bottling up emotion is unhealthy. So I’m unhappy. I’ll just be unhappy until I’m done. And be angry and frustrated and victimized by the world in general for a while.

Just because I feel I should balance things out a little bit, here’s a second list. I’m doing this for your sake, not mine. It’s much more satisfying for me to believe that nothing in my life is to my desires or expectations tonight. Maybe I just need a good swift kick in the pants.

LIST TWO: AN UNWILLINGLY WRITTEN LIST OF THE REASONS FOR ME TO BE HAPPY, AND NOT A FRIGGIN MARTYR
1. I have lots of warm clothes.
2. I’m surrounded by talented, fun friends who share my tastes and interests.
3. I live with my sister.
4. I don’t have to pack my entire house up and move.
5. I made a new friend today, and got over a year or two of her thinking I didn’t like her when I was actually just intimidated by her.
6. Jenny’s niece is cute.
7. I’m having dinner with a dear old friend on Wednesday night.
8. Rebekah now knows and can quote “Arrested Development” with me.
9. I should get my paycheck sometime in the next couple of days.
10. My album is recorded, copied, wrapped, and ready to be distributed with Christmas cheer.

Damn. I feel a little better. Writing the second list served the purpose of somewhat dispelling my grumpiness. I fully intended on moaning and moping for several more hours.

Well, kids, let me tell you, the fact of the matter is this. I am simply BURNED OUT. I am so sick of freezing Rexburg, everyone asking me about finals, trying to avoid social life complications when it comes to Vaughn, being lonely for old roomates, coaching gymnastics, and looking for a better job. I am SO READY to lose myself in the crowds of San Fransisco, to read and listen to jazz in Mom and Ray’s apartment in Alameda, to spend hours painting and hammering and cleaning a house in Union. That last one may sound strange, but I find that kind of thing very satisfying. It’s good thinking time, or distracting time, depending on which one you need. I think I need both.

Oh, and hey, here’s some more good news. I’m going to be at Playmill again this summer. Instead of, you know, GETTING MARRIED. But it was going to be a really big difficult sacrifice for me to give up a summer up in West, but now I’m free to go back again if I want. And boy do I want. I’m counting down the days in the back of my mind. More immediately I’m counting down the days until Christmas break, but after that, it’ll be PLAYMILL to look forward to. Curtis, Cameron, Mallori and probably Jeff are going back too. Kristi may come up as stage manager and box office employee. It should be fun. Gosh, there’s something about that place that pushes your troubles a thousand miles away. Whether you’re onstage or in the audience. But of course I’d much rather be onstage.

I think I’m going to brave leaving my room, and see if I can’t find SOMETHING to eat. If I have to eat another bowl of knock-off “Golden Crisp,” I’ll shoot myself in the leg. Maybe I’ll go on a walk later. Or visit Jesse and Kathleen. I am feeling a deep need to be around someone (s) who I know care deeply about me.
at December 17, 2006 4 comments: