In case any other Utah actors would find this helpful...

An apology to all of my readers who are outside of the Utah Valley acting scene--this post is specifically for actors interested in auditioning for live theatre anywhere from Salt Lake to Orem.

I have a touch of OCD. It doesn't make my life unmanageable, but it does make me a tad neurotic. But there are times when my neurosis has benefits, such as when I organize all the audition information for the Utah Valley theatre scene into one handy document, organized by audition date.

This is specific to me and my own interests, so there are a handful of theatres missing from this list, and I'm thinking about keeping my schedule a little more open during the summer to be available for film projects. I've also made note of which shows conflict with one another--even though conflicts can usually be worked around, it's helpful to know when that's the case. I wanted to make sure that the opportunities I cared about didn't conflict with other opportunities I cared about this coming year. And I figured this was just the kind of list that might benefit others. Feel free to use this for your own--copy and paste and add your own details if you'd like. Hope it's helpful, and HAPPY AUDITIONING!

Wisdom from teenagers, for teenagers

I wrote an original draft of this shortly before I turned 18. I've had it floating around among other important papers for more than a decade, and stumbled across it while doing some organizing. It's a decent bit of writing, so I did some revisions and I'm presenting it to you here. 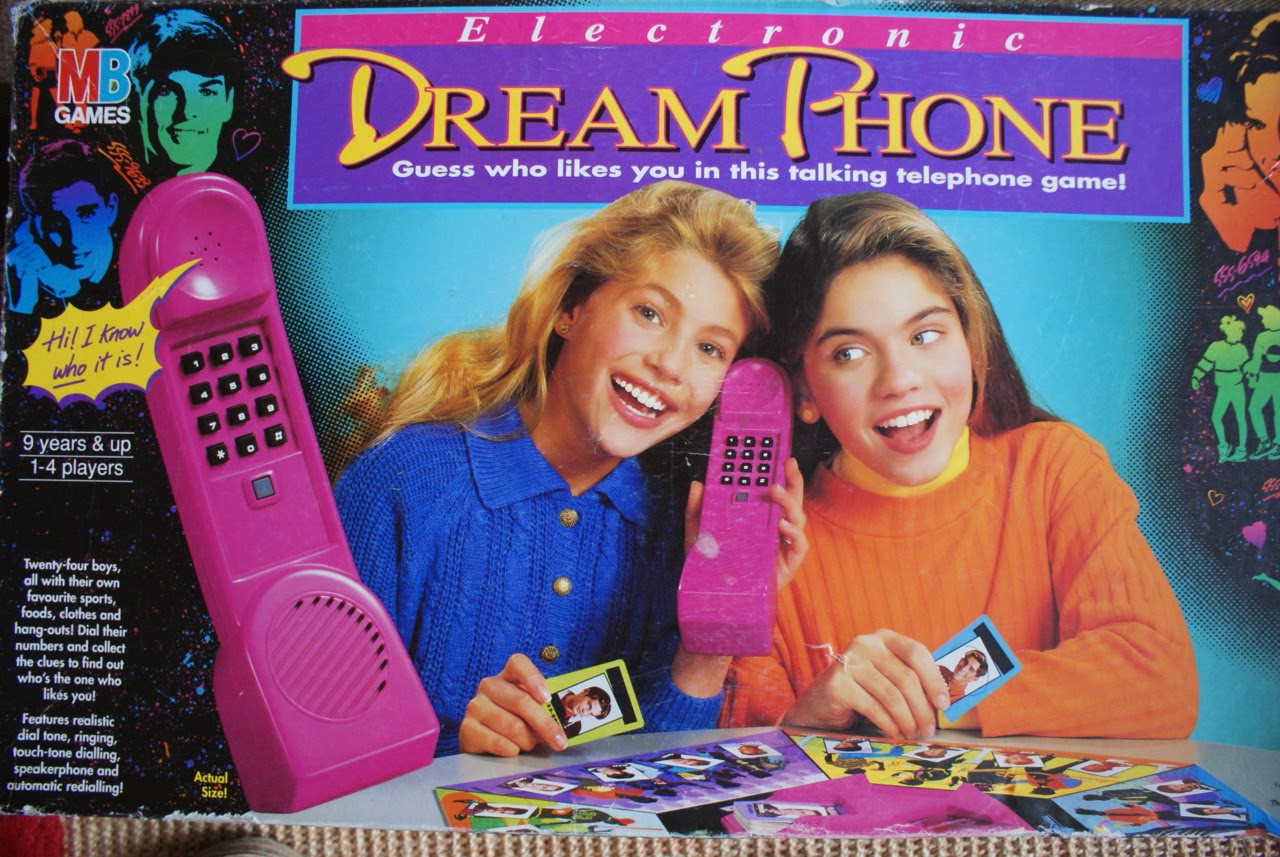 To you who are waiting to transform:

Teenagehood was always something I waited for with a sort of excited awe. When we were little, my sister and I would play a game called “teenagers,” in which we took on the identities of girls named “Mandy” and “Claudia,” who worked at Pizza Hut (which was so glamorous to us at the time), had their own rooms/phones in their rooms/cars/boyfriends, and left doodle-on notes in each other’s lockers after Algebra class. The boyfriend was especially important. Boys like “Seth” and “Jason” had convertibles, a sense of humor, and a great tan.

The older I got, the more I learned about life as a teenager. I remember finding out about zits from a Clearasil commercial when I was 9 or so. It’s prom night and when the girl opens the door for her date, the guy on the porch just stares at the red bump on her chin in horror. It’s all he can see, and it’s the beginning and end of her destruction in his eyes. Life was more dramatic for teenagers. So many joys and tragedies that were unknown to me! I eagerly awaited to be 15, 16, 17. 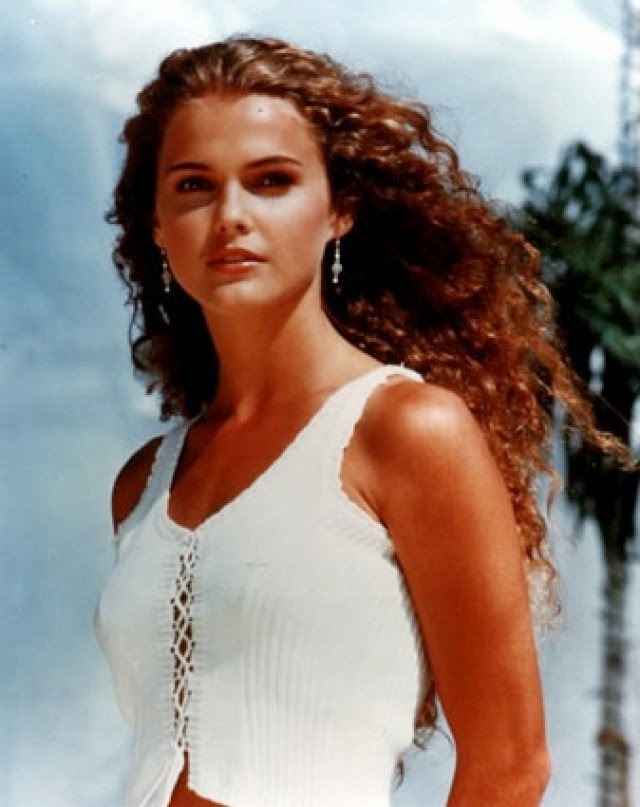 The age of 16 seemed especially magical. It was the age when a girl “blossomed.” Her hair automatically became cuter, the guys lined up to get her phone number, and her parents handed her the keys to a shiny new Mazda. Girls who were 16 were independent. Somehow, I never thought about academic success, maturity, or responsibility. I only saw 16-year-old girls from a distance. They wore flip-flops with beads on them and they laughed a lot. And they had perms. The perm was important. (Of course, it was the late 80s and early 90s when I was observing teenage girls. I didn’t actually perm my hair until I was 21. And the funny thing is that I LOVE it—I’ve had dozens of perms since then. It’s a hairstyle that fits me, but I can’t help but wonder if some part of me is just longing to capture that 80s/90s hip-ness that I spent my childhood waiting for.)

Then, all of a sudden, it happened. I was a teenager. I got my locker, but no perm, no phone, no car, no bedroom of my own. And then September 8, 2001 rolled around and I reached the transformative age of 16.

Boys treated me the same as they had before. My hair stayed long and layered, and I kept my thin-framed, school-girl glasses. I waited a few weeks for the metamorphosis, but somehow, I kept just waking up as the same person. Well, this is just stupid, I thought. Maybe I’m just defective. I’ll just have to sit here forever without a car or a boyfriend or the life I imagined for myself because apparently I’m on some sort of developmental delay.

So I sat, and I waited. A few times, the thought of a perm or a haircut crossed my mind. I kept thinking that maybe it would jumpstart my transformation and propel me into a world of teenage happiness, but I never went through with it. I just stayed the same. High school was lame until the middle of sophomore year or so, when it started to get a little less lame. It even started to get kind of fun by junior year. Even though I didn’t get my license until seven months after my 16th birthday, my parents let me borrow the station wagon every now and then. And I did talk on the phone. To girls. Boys sort of…stayed away from me.

Then one day, something hit me. I don’t remember the exact point at which it happened, but sometime during the summer before my senior year, I decided to be someone I wanted to be. For almost a year, I liked to think that the best of me was still hiding up my sleeve…that teenage girl with a cute haircut and a great laugh and an irreplaceable sense of fun. I don’t know why it took me so long to figure this out, but it occurred to me that that girl was doing me no good in my sleeve, so she might as well stop hiding and waiting for some outside cue to signal her appearance. So I just pulled her out. I got a haircut and new glasses, and I stopped paying attention to who had a backpack and who had a bookbag and what I should accordingly have.

When I think about it, there weren’t that many physical changes, or even circumstantial changes. I still didn’t have my own room/phone/car/job/boyfriend. And I was still awkwardly un-dated, un-asked out, and un-kissed. But I was happy. I was happy because I decided to be. I wake up every day as the person I want to be, just because I want to.

Oh, nevermind. I don’t know why I’m telling you this. I heard it said to me when I was your age, but until you are almost 18, you probably won’t know what it means. [Interjection: Ah, the wisdom of youth!] Well, maybe you will. I wrote this not necessarily because I wanted you to hear it. I’m more hoping that the “best of you,” you know, that amazing person you keep hiding in your sleeve, will hear it and decide to come out. I loved being a teenager. And I love being an adult, too.

I am almost 30 now. I’ve had my own room (apartment), and my own phone. I don’t have my own car, but I do share one with a guy who will guarantee that I am kissed and kissed often (and by someone who knows how). I have a job, and a perm.

Someday, on the first day of school, years from now, I will stand in front of a room full of teenagers and read this aloud. Or maybe I'll blog about it. Some of them will laugh, some won’t care, some will think it doesn’t apply to them. But I hope that there’s a girl who is quiet because she thinks her clothes should be nicer, or a boy who sticks to his sci-fi novels because they make better friends than the guys on the basketball team do. I hope they listen. Because I was there. And the truth is that you can be quiet or loud no matter what your clothes look like. The truth is sometimes books DO make better friends than basketball players, and who cares? It is possible to be happy as a teenager, to have the life you imagined for yourself. You’re the author of this story. You’re the hero, even if you’re still figuring yourself out.

As cheesy as all of this sounds, there must be some sort of philosophical depth to it because I keep coming back to it. Be yourself. As someone else once said, everyone else is taken. If you don’t know who you are, you can spend some time trying on different selves, just to see which one fits you best.

Read Star Wars novelizations. Wear socks with sandals. Get a perm. Take a painting class. Learn to skateboard. Audition for a musical. Whatever you are, just be it. I see amazing people hiding up everyone’s sleeves…let the rest of the world see them too.
at December 13, 2014 No comments:

I promise. It's just that I commute to and from Salt Lake, work 40 hours a week at an elementary school, and during November, I also did Damn Yankees and NaNoWriMo and traveled to California, so I haven't been blogging.

It's now December, and Damn Yankees has been closed for two weeks. NaNoWriMo has been over for one week.

I have dealt with the post-show/post-NaNoWriMo withdrawals by watching twelve documentaries and organizing/going through every single thing I own.

Even though I should have just slept. I mean, I have been doing that, but I suddenly have like, 30 extra hours in every week, and I can't just sleep for all of that time.