Last night I dreamed that I was dreaming of you... 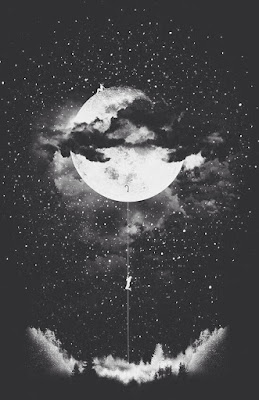 Unknown Date
On a cruise ship with elaborate antique rooms. Kept hanging out with Shaun S, which upset Amy Schumer who was there and had a crush on him. Rescued Beckah W.

Unknown Date
We were performing “The Nerd,” but apparently just the highlights—the technical crew needed to end the show early because they had to go to a D&D supply store before it closed. So we just rushed through the scenes, sort of making up transitions, and then it became just weirdly improv-ed scenes that didn’t have anything to do with “The Nerd,” and then it was just a short-form improv show, with Andy K MC-ing from the booth. And it was kind of a bummer because Camilla M came all the way from England to see the show, and it was THAT SHOW that she saw.

December 11, 2017
Dreamed that I fell asleep at work and slept until almost 4, which meant I was late to meet Adele to help with the babies. On my way there I got distracted by a house made out of a giant pumpkin. It was an INCREDIBLE pumpkin house. I had no sense of what time it was.

February 22, 2018
I dreamed that Kacey S added an interpretive zombie dance number to the beginning of “Angels in America” (to symbolize...AIDS...?) and audience response was very poor but I couldn’t figure out how to tell him I thought we should cut it.

February 27, 2018
I was driving somewhere with Jacob C while the moon rose ENORMOUS over in the east. I kept trying to get him to look over at it, but he was too focused on driving. We arrived at a house where a bunch of friends lived together, mostly hiding under blankets. Noah K came over to show us the page of candy buttons he had made as a gift for his friend, the local homeless man. The candy looked like ibuprofen, but we told him it was a very thoughtful gift. A little while later, someone said something to me that I needed to write down, so I scribbled it onto the nearest thing, doodling a little bit as I talked to this person. I suddenly realized with horror that I had drawn all over Noah’s gift, and couldn’t figure out how to tell him that I accidentally ruined it. But it turned out that the homeless man had found and befriended a bear, so he didn’t need a gift to be happy.

February 28, 2018
I had my mom “cover my shift” at work so that I could go to a fancy restaurant for a casting call. After making prolonged eye contact, Robert Downey Jr selected me to play an improv game as part of the audition he was running for his sequel to “The Greatest Showman.” He didn’t give us much instruction, but I soon realized we were playing “Press Conference.” The game went well, and then I dashed off to meet my mom. It turned out that I hadn’t given HER much instruction, so she had stayed at the building until 9 pm, and didn’t lock up or set the alarm. I decided to try and get there ASAP to make sure everything was secure, but someone was borrowing my car, and my scooter was out of gas. So I had to wait until the next morning, and just hoped no one robbed the place. But when I got there, I walked in to find an elderly man sitting at my desk with a gun pointed at me, who said, “No funny business” and then gave me really confusing instructions about what he wanted me to do with the company’s money.

March 31, 2018
Daniel Radcliffe was attending BYU-Idaho, where he got free tuition because he had designed one of the buildings. But he kept tracking mud everywhere on campus, and girls were constantly slipping in it, much to his embarrassment.

April 19, 2018
Dreamed that I woke up to discover 800 unsolicited dick pics from Aaron Woodall.

May 23, 2018
Spent a long time trying to figure out how to work the old metal mechanical lawn mower at the Chapman’s farmhouse in Rexburg, before remembering that they have a riding lawnmower.

September 14, 2018
Helped An Other Theater Company host an “educational matinee” where we invited school kids to the theatre for a performance of The Curious Incident of the Dog in the Night-time. They all kept talking and coming in to the space before house opened, and when house did open, they kept talking, trying to move seats, and generally being disruptive. This finally culminated in the adults stopping the show at a climactic moment in the first scene, not to discipline the kids, but to complain to us that the theatre was too cold.

October 11, 2018
Had that nightmare where you realize that there's a class you've been enrolled in all semester that you haven't been attending, except this time I was supposed to be TEACHING the class, and I started to concoct an elaborate reason for my absences, which included (but was not limited to) the kidnapping of my sister.


image credit:
unknown but it's awesome, even though it's visually more serious and mysterious than the contents of this blog entry are
at October 15, 2018 No comments: 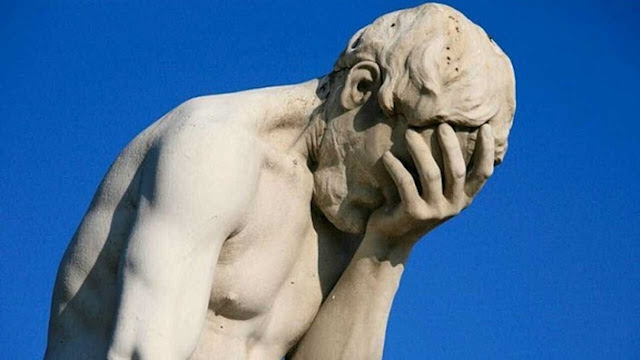 Writing is difficult. It's ok. I get it. You don't have to feel bad! Just do a little better next time....