So much past inside my present 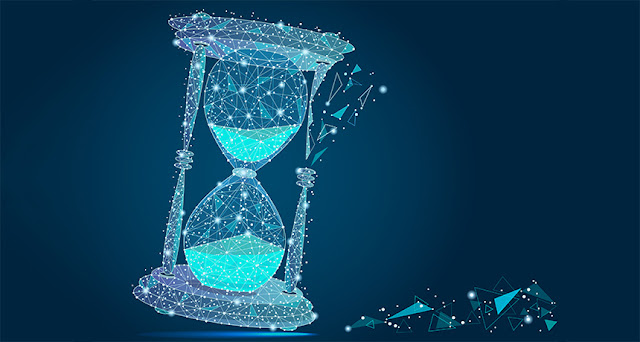 I’ve been seeing people posting a cool little summary of the past decade on social media. And it occurred to me that I’ve had a pretty full decade, and I feel really happy looking back on it. I have a handful of socially celebrated “achievements” on this list—school and career things. But I’ve also accomplished a lot of things that were personal goals, or things that I’ve dreamt of for years. And many of them don’t come with particular rewards or accolades. But I love that I did them. So in my long decade summary, I’m including both the things that were a big deal in general (whether accomplishments or just experiences), and the things that were a big deal just to me. So here are the things I accomplished from 2009 – 2019.

Moved back to Rexburg after living and working in California.
Did improv comedy with Comic Frenzy at BYU-Idaho.
Performed an original song at Acoustic Café at BYU-Idaho.
Got married.
Got a Bachelor’s Degree.
Taught English as adjunct faculty at the university level.
Finally got an iPhone.
Visited Honduras, El Salvador, Mexico, Italy, Greece, and Turkey.
Met Mike McCready and attended 2 Pearl Jam concerts.
Moved to Utah.
Got a talent agent.
Worked in public education.
Worked with Stephen Soderberg and Michael Cerberus on an HBO mini series.
Worked with Rob Reiner and Cary Elwes (FIRST TEENAGE CELEBRITY CRUSH) on a film.
Got divorced, and survived the trauma and heartbreak of it.
Got a Master’s degree, which included writing a 143-page thesis.
Lived in seven different places.
Got paid to act.
Played a romantic lead in a comedy.
Performed in 26 full-length theatre productions.
Sound designed 8 full-length theatre productions.
Auditioned over 135 times.
Joined the Improvables Improv Comedy team in Centerville.
Had a speaking role in a Lifetime horror film.
Did 3 commercials.
Did 2 industrials.
Worked as background on 12 film/television projects.
Watched a ton of live theatre, both in New York and in Utah.
Became a company member at An Other Theater Company.
Opened an Etsy shop of subversive cross stitches, which made a little over $1,600 in its first year.
Wrote 655 blog entries.
Upped my dose of antidepressants from 50 mg to 100 mg
Spent 3 days in a psychiatric hospital.
Started working with a therapist to unpack and work through past traumas, and build a toolbox to help me through current and future challenges.
Became an aunt (x4!)
Began a “Sister Blog Challenge.”
Got my first tattoo.
Had a major faith transition.
Worked in a law office.
Worked as a simulation patient at a university medical program.
Started a long-term relationship, post-divorce.
Began training as an intimacy choreographer.
Started directing my first full-length theatrical production.
Got called back for my #1 bucket list dream role of Miss Hannigan in “Annie” (which callback I bombed because I was WAAAYYY in my head and also because I hiked a volcano in Hawai’i, took a red-eye flight back to Utah, showered and changed at home, then drove to Orem and attempted to do the callback with very little sleep or preparation and it was probably the worst callback I’ve ever done in my life).
Started learning how to read tarot cards.
Went on as an understudy for a theatrical performance.

I was thinking about how my life has changed since early 2017. I’ve had the occasional sensation of “being on the wrong timeline.” It feels like the end of 2016 sent our universe spinning off into some unfamiliar dimension. But I also feel like I’ve been “leveling up” since being thrown off course. And I feel like each year has a particular theme.

2017: Survival
This was the year of just getting through it. A morally dubious and incredibly un-qualified man was in the highest office of the United States. My marriage of almost seven years was ending. The whole world seemed upside down. So I had to just sort of hibernate for a lot of it. I embraced the self-induced coma. I worked and studied and rehearsed and performed and slept and cried and art journaled and watched a helluva lot of TV.

2018: Distraction
I did like, six overlapping theatre projects during 2018. I didn’t need to be in survival mode quite as much anymore, but I wasn’t quite ready to just be still. I wasn’t quite ready to “do the work” outside of my therapist’s office. Some of the distraction was to avoid feeling and working through things, but some of it was just circumstantial. A new romance is generally pretty distracting, in a good way.

2019: Incubation
This past year, I’ve felt like there are all these little seeds that have been just waiting, growing, getting stronger, getting ready to burst into the light. Things with careers and relationships and friendships and just…life in general. I’ve been preparing, consciously and unconsciously, to take some steps towards some of my mountains.


For most of my life, there was only one time I can remember my Opa speak about World War II. We were watching television, some program on the Discovery Channel, and from the silence, he said in his thick German accent, “I have seen a plane wing falling from the sky in Bavaria.” I turned and looked at him. He lifted his hand and let it drift, floating towards his knee, demonstrating the path the wing he saw followed.

Opa’s father lost his arm during World War I. Ferdinand Wolff. When Hitler called men up to march, I’m told that Ferdinand sat behind a desk. Oma’s father, he was a soldier, too. Friedrich Flack’s military records no longer exist, but I know that I am descended from men who wore swastikas on their arms. Oma was ten when World War II ended, twelve when her father returned from a Russian prison camp, 90 pounds, tuberculosis-ridden. It’s difficult to untangle the war from the Holocaust. They aren’t exactly the same thing.

I know my great grandfathers weren’t tried at Nuremburg. Neither of them were Goethe, or Hoesse, or Himmler, or Mengele. I’ve heard other stories, the thoughts of the men and women who knew their ancestors were the architects of the “final solution.” Monika Goethe, whose father ran the work camp Plaszow. Rainer Hoess, whose grandfather was in charge of Auschwitz. His grandmother used to tell the children to be sure and wash the strawberries they brought in from the garden; they always “tasted of ashes.” Niklas Frank, who executes his father anew every time he speaks at a school or a community center.

The Nazis I come from do not have stories that are published and dramatized and studied. I do not have that weight to carry. I have the weight of an ordinary man. A man from Hamburg, father of four, who smoked a pipe and got tuberculosis during his stay in a Russian prison camp, and returned years later to the ivy-covered house a few blocks from the harbor. I have the weight of a man whose son and daughter were sent to live in the country for protection, while he sat behind a desk and went home to a freezing house.

Over the years, I’ve heard excuses made for the SS. They were just doing what they were told, Stanley Milgram-style obedience. They didn’t know what Hitler was really doing. They were poor and starving and just trying to survive. And I’ve heard that every single German is culpable for the millions of lives lost in those dark years. My grandparents have stories of homes being destroyed, of eating turnips fried in coffee grounds, of winters so cold and no coal for heat. And I carry the stories of the people who hid, who were taken, who were murdered.

I do not want my feelings about World War II to be complicated. Hitler was wrong, and those who supported him were wrong, too. But I love my Oma and Opa. I love the stories of their fathers, and their families. My compassion for my family feels like betrayal. I am not a Nazi sympathizer. But I sympathize for my family.

There are white supremacists and Neo-Nazis among us still. Skinheads who run poorly designed websites about the “white genocide.” (Which, for the record, is not a thing that is happening.) For years, I thought they were too isolated to do much more than talk, but the last few years have shown me how many have been in the shadows. A tire iron swung behind a bar. An arm raised in an SS style salute. Hiel Hitler. Men with rifles and tattoos, who walk in parades, glowering. Women who cook meals for them and bear them blonde children.

These men, and Hitler, propped an entire movement up on a belief that the worst of humanity must be “bred out.” In 1922, Hitler said to a friend: “We must try to bring to the surface the valuable traits of the people… to cultivate and to develop them, and we must find ways and means to prevent the propagation of all the bad, inferior, criminal and decadent tendencies and all the congenital diseases so damaging to the Volk.”

When I first learned about World War II, there was a part of me that ached. I felt guilt for my family’s part in the story. I feared what I had within me. I feared there was an evil in my heritage. I was born of the “bad guys.” I’ve dealt with this fear in different ways over the years—making jokes, ignoring it, playing devil’s advocate. Writing about it.

But perhaps this fear of what I carry is the very fear at the heart of Nazi thought. I fear “the bad, inferior, criminal tendencies” that may have somehow made their way into my blood. But no doubt all of us carry darkness in our family trees. And if I’ve learned anything from the past few years, it’s that fear should not rule us. Fear can lead us to betray ourselves and each other.

So if I have darkness in my blood, I will carry it. But it’s not all I will carry. I will carry with me the story of Oma and Opa meeting at a dance hall and spending all night in one another’s arms before they knew each other’s names. I will carry the story of Oma’s mother pulling down the picket fence to burn, rail by rail, to keep her children warm. I will carry Ur-Opa’s pipe and Ur-Tante Maren’s red socks mended with white yarn and Ur-Onkel’s car-tracks in the backyard. And I will give these things to my own children someday. Every story—the aching ones and the shining ones—and they can carry those, too.