A Cure for the Februaries 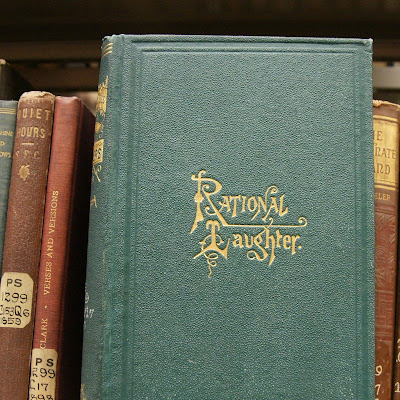 “That’s a nice car. That car looks like a fancy tennis shoe.” – Josh

"Hey look! That cloud formation looks like a uterus and vagina! Or...maybe it's a heart..." – Anonymous

"We are a functional hotel. We do get rid of most of our death mattresses." – Stanley hotel tour guide

"Whoa. That guy looks like a lion! (sadly) But he's not." – little kid in Denver Airport

"This may or may not be true, because I read it on a restaurant menu..." – Beckah

"Your shoes are like a double-breasted suit but for shoes." – Brandon

"I got my hair cut and felt like a celebrity for two days but then I washed it and now I just have bad hair days." – Carrie

“Splash pads are so stressful as a kid. At some point, you're like ‘I’m freezing! When is this going to stop being fun?!’” – Beckah

"I'm so bad at miming. Whenever I'm supposed to drink something, I inevitably end up chewing." –Brandon

Dallin: Did Alan touch base with you?
Jayne: No. Does he want to touch my base?

“From Ariel to Moana...all delightfully awkward and everyone LOVES them! I bring up the correlation between the enormity of the slave trade and the allocation of sugar via the West Indies Trading Company at an ice cream social and I'm an immediate outcast.” – Jamey

Olivia (age 6): I need to urine.
Brandon: Why didn't you go before?
Olivia: I didn't need to before. (Pause) I think it was the pizza.
Brandon: The smell of the pizza made you need to go to the bathroom?
Olivia: Yep.

Me: Why do you have a measuring tape?
Tito: I just like measuring things.

(While discussing lifting a heavy printer)
Director: The thing I'm worried about is your back.
Nathan: I'm worried that I'm gonna fart when I pick it up.

“Every time I see a bout of roller derby, I'm like, 'I wanna do this!' But I also like my bones where they are.” – Beckah

“I love that you feel threatened as an adult by what I said to you about yelling at a baby.” – Brandon

“It was a film about roller derby and there were zero lesbians. It was a disgrace.” – Beckah

Liz: The human brain, man.
Laura: It's an asshole. But like, an asshole that knows me.

“I’m going through all of my stories and spanking them with an editing paddle." – guy in my MFA class

“There’s nothing worse than a soft apple. Besides, like, unabashed white supremacy, sexual harassment, and crimes against children.” – Christina

"In case there was any confusion as to why I get so many letters from the AARP, I've spent all morning watching quilting tutorials." – Anna

"A stage manager's entire job is to just assume that no one remembers anything." – Finn

“Ooh. I should always drink water, because look at my cheekbones.” – Beckah

“The deepest cuneiform makes no impression on a squishy tablet.” – Brandon

"At least that painting looks ugly enough to be local." – Isha

Car full of Whittakers: (singing Christmas carols terribly)
Beckah: STOP! HOW DO YOU THINK JESUS FEELS ABOUT THIS?!

“I feel like you need a ball of magic yarn and a Minotaur to get out of here.” – Bryan

Me: I knew it was John Williams!
Brandon: Nobody else uses that many French horns.

Benjamin, age 4, after cartwheeling headfirst off the couch and landing safely on a cushion: “That made my tummy feel scared. But my head was excited! That was the greatest time of my life!”

Beckah: Last night I dreamed someone named their children Triangulation and Moctagon.
Me: Is Moctagon even a real word?
Beckah: I think it’s just the word “octagon” with an M in front of it.

Me: Why are you sitting alone in a corner?
Noah: I walked in and was confused by all this talk of death.

“Things were more romantic back when we had train stations.” – Brandon

“I feel like I just need to look at cat paws right now.” – Beckah

“This guy isn’t very attractive but he kisses a lot of birds in his pictures.” – Kacey

“There are no diphthongs if you’re rich!” – overheard

“Whenever we have brown bread at home, I always want to take a chunk, grab some cheese and an apple, and walk somewhere green. I'm totally romanticizing a fake pastoral image of medieval life, but I don't give a fig.” – Dan

“Dad, I like how the e-card you sent me defied all of the laws of physics in its animation.” – Beckah