Grad school has begun, and the Hale has added a few matinees of Beau Jest, so suddenly I find myself with fewer hours per week than I'm used to. But that's okay. I'm moving towards that mountain. And there are a few things making that climb awesome. Here are some of the things I've been digging lately: 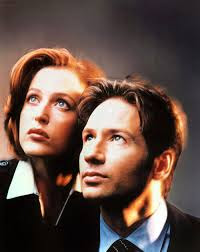 The X-Files
I already talked a little about my love for the X-Files, but my love has deepened enough that I recently bought a "I Want to Believe" sticker to put on my laptop. There are so many mysteries! Who is Cancer Man? How much does Alex Krycek know? Will Mulder's sister ever be found? I'm only on the beginning of season 4, though, so no spoilers. 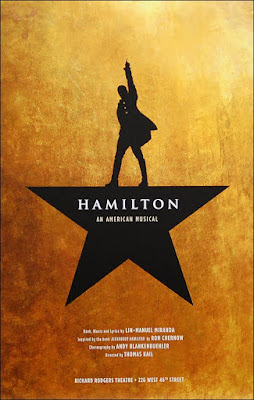 Hamilton
People have been telling me about Hamilton for months, and I haven't believed them. A musical about founding father Alexander Hamilton? A RAP/HIP HOP musical about Alexander Hamilton?! There's no way it could work. But it does. It does so much. I finally bought the soundtrack after a long discussion in the greenroom at the Hale, and I've been listening to almost nothing else for the last week. How is it so good!? It's so good. 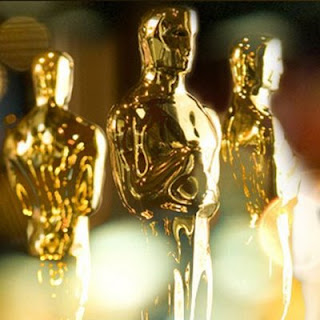 The Oscars
I love the Oscars deeply. I often hear people criticize the Oscars, saying it's all pageantry. But I really believe it's more than that. Sure, there's an element of pageantry. But I think everyone involved in the Oscars knows that the pageantry is kind of a game. Of course the red carpet isn't real life. At its heart, the Academy Awards are a celebration of film and filmmaking. It's a recognition of the extraordinary work being done in the industry. It's actors and directors and designers coming together to celebrate the beauty of the work they get to do, and the way that it can change lives. That's beautiful to me, and I look forward to watching it every year.
Notably, I don't have cable, and the Oscars are not easy to find live online. I have been invited to "Oscar parties" on multiple occasions, and I always hate them. Because so far, no one I've met loves the Oscars as much as I do, and when I watch the Oscars with other people, they talk and occasionally heckle and are generally disrespectful of the sacred nature of the Oscar viewing experience. So please, take no offense if I decline an invitation to your Oscar party. I love you, but I'm probably going to rent a hotel room on that Sunday night and eat chocolate and watch the Oscars in my underwear, reverently and joyfully. 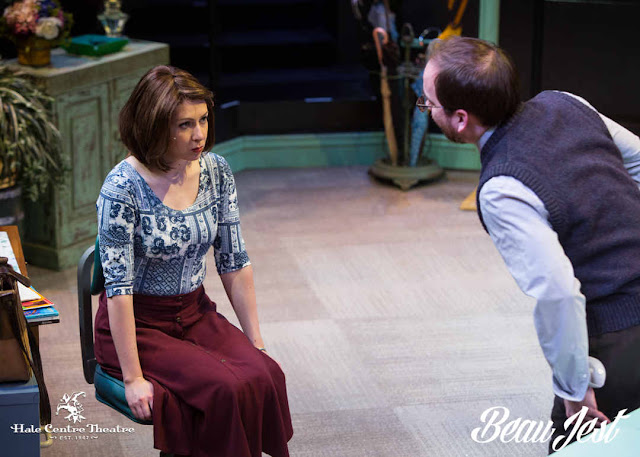 Beau Jest
This blog has been an endless stream of Beau Jestery for the last few months, but I just can't believe I get to do this for a whole month. With these amazing people! With this amazing script! At this amazing theatre! (With this amazing wig!) Almost every night, there's at least one golden moment onstage, one of those moments when you're bumping up against that column of light, or standing right in it. And it's this gift, and my heart is going to burst with the thank you's I'm carrying. 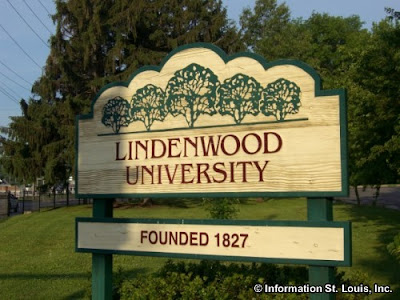 Grad School
I haven't been a student for 4 years, and it's sort of surreal to try to become one again. In the back of my mind, I feel vaguely like I'm just pretending--I'm not really a grad student. But my Blackboard account would say otherwise. I've done some amazing reading lately (Jo Ann Beard's "The Fourth State of Matter"?! PHENOMENAL), and I'm excited for this degree.

I've had this in the works for two months, but I'm finally getting around to sharing it. It's missing the obligatory family portrait, but listen, we've been busy. You'll just have to imagine a beautiful photo of the two of us.

We're so grateful for the family and friends that made 2015 so beautiful. Here's to a wonderful 2016! 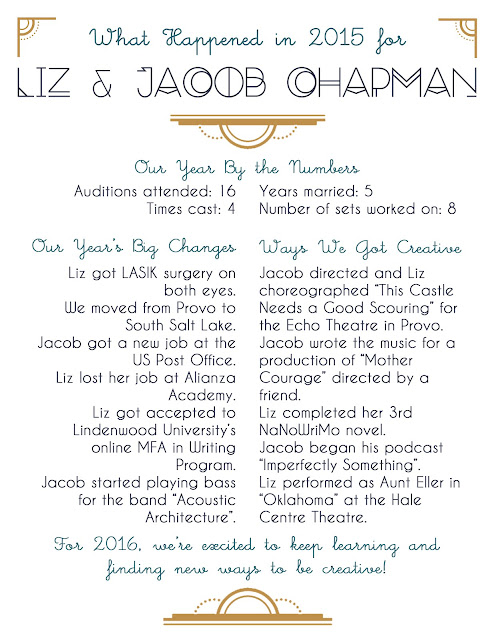 You can find Jacob's podcast here!
You can learn more about Liz's completely online MFA program here!
at January 18, 2016 No comments: 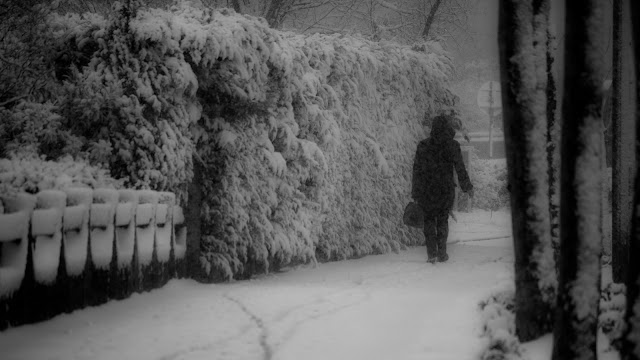 I've got a bad case of the Februaries tonight. There are various factors at work here.

#1. It's winter. And we all know how I feel about winter. I'm into winter for about two weeks around Christmas, and then I'm over it. It's time for summer to begin again, please. I'd like more hours of daylight and to stand outside without having to wear shoes. Too bad I have like, five months to go still.

#2. I'm not at the theatre tonight. I know, I know, I was just there last night. And I'll be there again tomorrow night. I just love acting so much! And I love working with the wonderful people I work with! And I love telling this story and making people laugh. And after being in rehearsal every night for the last two months, having every other evening at home is jarring. The hours stretch before me like...some depressing thing. (I'm too winter-weary for similes.) I just want to do theatre every night, all the time.

#3. I'm on the very edge of being sick. I'm not quite fully sick. But my head kinda hurts, and my nose is kinda stuffy, and my throat is kinda scratchy, and I kinda have a cough. In my melancholy state, I'm not sure which is worse--being totally sick, or being almost sick. My main thought is that if I was totally sick, I could justify eating unhealthily and laying around all day. As it is, I feel obligated to go about my daily activities, and I just feel vaguely blah as I do so.

Getting sick was probably inevitable. Between tech week and New Year's and Christmas and everything, someone in the cast was bound to get sick. Andy had it a week ago, and then Ben, and now Bryan and I, which means it will eventually get to Todd, and then Becca, and probably Ben again. Ah, the perils of stage kissing.

#4. Did I mention winter yet? It's just such a big factor. When it comes right down to it, a therapeutic light therapy box just isn't the same as a long walk on a summer night. I need a giant greenhouse to wander through, or a bio-dome of eternal summer to live in. The plant parts of me are curling their leaves inward and oh, how I ache with it.


I feel vaguely overwhelmed by the Februaries tonight, so, like Hemingway advised, I'm trying to just "write hard and clear about what hurts."

It seems I write a blog entry like this every winter. There's this one from almost a year ago, where I compared my winter slump to the sound of a wet comforter falling onto the floor. And this one where I named my impulsive coping mechanisms and also listed the things that keep life shimmery enough until spring.

So, in an effort to remind myself of the invincible summer within, here are the things that are shimmering for me lately.

#1) The moments of perfect communion onstage, when something passes between actors and audience and everyone's connected in this beautiful, temporary microcosm. That sounds so so cheesy, but it really is one of the greatest things about theatre.

#2) "Parking Lot Talks" with friends after the show...talking about characters and life and art and friendship while the the cold gathers in clouds around us, until we're shivering too much to talk any more, and I get in my car and drive home filled with gratitude for the people in my life.

#3) How the stars are almost always there to greet me each night, glittering in constellations. Even on cloudy nights when I can't see them, the knowledge that they're still there calms my soul somehow.

#4) Recent shenanigans with family and friends, including meals and Cards Against Humanity and good movies.

#5) This is going to sound silly after the other semi-profound items on this list, but the awesomeness of the X-Files deserves a spot here. I've just discovered the show, and I've been binge-watching it on Netflix for a solid month, in all its mid-90s glory. I have a mild crush on Fox Mulder, and I want to believe, and the truth is out there, and I'm only halfway through Season 3, so hopefully this franchise will last me until spring.


Keep on keeping on, all you summer souls. Our lemonade hearts will thaw soon enough.