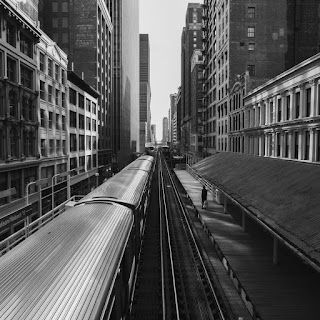 “I think I like the term 'post-Mormon' because it has the feeling of having moved past something. ‘Ex-Mormon’ sounds so…angry,” Sarah said. “Like, a big X. Something crossed out. Or like…an axe.”

Eden crossed her legs as she scribbled in her therapist notebook. “Do you feel angry?”

Sarah studied the art on the wall behind Eden for a moment. “I don’t…know. Sometimes.” Sarah was quiet for a moment. Eden waited.

This must be something they teach you in therapy school or whatever, Sarah thought. How to just be quiet. It used to make her nervous. Like there was a right answer that Eden was waiting for. It felt like the same tactic some teachers use. “I’ll wait until you’re ready.” Like a punishment. The silent treatment. It took Sarah months to believe that Eden wasn’t waiting for Sarah to read her mind.

“Have you outgrown all of it?” Eden asked.

Sarah thought of the things about the Church that she still loved. The things she missed. The sense of community. The communing. The moments when everyone’s hearts were pointed in the same direction. The times when words came into her head, so clearly, messages from on high. Still and lovely moments when God told her it was okay…the car would start, she would find the right job, that bill would be paid. There were times when it felt like the universe was humming with love, and she was a part of it—she belonged to it.

“I think I’ve outgrown it as an organization,” Sarah said. “And the longer I’m away from it, the more problematic things I can see.”

Eden nodded slowly, her lips pursed like she had a lot more she could say, but didn’t, for ethical reasons.

“There’s so much misogyny woven into so much in the Church,” Sarah continued. “And racism. And homophobia. And just…there’s so much that doesn’t fit anymore.”

Sarah threw her hands in the air. “But it did fit! It used to fit! And I can’t make it retroactively not fit!”

Eden smiled. “Okay,” she said, leaning forward. “So it sounds like there are things that you still love about this organization, and things that don’t align with your values anymore.”

Sarah looked down at her feet for a moment. “I’ve learned…well, I have to keep re-learning this one, but I’ve learned the power of letting go. That there’s peace to be found in not needing to control everything.”

Sarah thought. “To trust that all will be well eventually.” Sarah had spent so many hours on this couch over the past two years. She had memorized the shape of the knobs on the cabinets, the titles of the books on the shelves, the art on the walls. She glanced around the room as she thought about her time at school, her time in Young Women’s, her time in the pews. “I learned to be humble. Not in the like, self-hatred way, but in the being-teachable way. Being open to the possibilities, open to being wrong.”

“Those,” Eden said, “are all really valuable and beautiful things to have learned.”

“Exactly!” Sarah said. “So I can’t just cross them out! Even if they came from the Church! The same organization that said Black people couldn’t hold the priesthood or go to the temple is also the one that helped me learn humility and I don’t know what to doooooo!”

“I want you to think of a black and white photograph,” Eden said.

“In a really great black and white photograph,” Eden continued, “there is very rarely a lot of black, or a lot of white. It’s really mostly gray.”

Sarah sat back. “Yeah,” she said. She paused, then looked up. “YEAH,” she said again.

“Maybe that’s true of a lot of things,” Sarah said. “Religions and organizations and…families and relationships.

“Exactly,” Eden said, smiling. Sarah smiled back, then glanced at the clock.

“See you in two weeks?” she said, standing up from the couch.

What Are You Afraid Of? 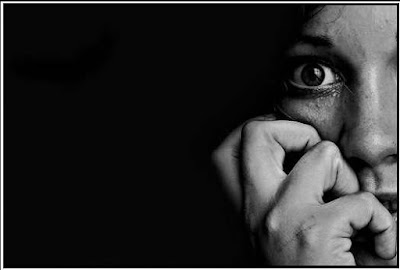 I am not afraid of heights, flying, or going to the dentist. But otherwise, the standard list applies. I am afraid of spiders crawling on me with their many legs. Being trapped in an underwater cave. Being untethered from a space craft.

I am afraid of raccoons. You laugh, but when I was in sixth grade, my girl scout camp got SHUT DOWN because there were so many raccoons. They chittered and screeched throughout the entire night, they tore open our tents, they ran over us screaming in our sleeping bags. My resulting childhood phobia has settled into a general dislike, but I still don’t like them. With their weird bodies and their human-like hands.

I am also afraid of feral children. Jungle Book may seem like a cute story, but it really happens. It’s extremely rare, but there are a few documented cases of humans being raised by animals. If they are young enough (around age 2) when they leave human contact, they are never rehabilitated to humanity, never acquiring language or other human behaviors, and in some cases, they escape back into the wild. Google it. WHAT THE HELL.

But to be honest, most of my fears are not Halloween-type fears. They’re different and deeper.

I am afraid of no one showing up for the party. I’m afraid that if I ever threw one for myself, people would be too busy, and that everyone would opt out and not come and not realize how much it meant to me.

I’m afraid anytime someone says “We need to talk.” I’m afraid of difficult conversations. Even though it’s always better to have them.

I am afraid of making the wrong choice. I am afraid of making choices out of fear instead of love. I’m afraid that I will somehow, strangely, end up in a life I didn’t actually choose for myself, because of a whole bunch of smaller non-choices that I made because I was afraid to do the things I wanted to do. If I am a wife and mother someday, I’m afraid I’ll wish I wasn’t. And if I’m not, I’m afraid I’ll wish I was.

I’m afraid of having each tender branch and twig and blossom of my soul chopped off, or singed, or stepped on. I’m afraid that I will never be resilient enough to survive the roughness that will shake each new growth. That I will never be strong enough to speak on behalf of the parts of myself that long to reach for sunlight. Or that I will become so strong and so resilient that no new beautiful things grow.

I am afraid that as I heal and heal and heal that I will still be hurt. And that any and every hurt is a rejection of who I am as a person. That my personhood will be abandoned and that I will be alone. That I will be told that I am too sensitive, when I don’t want to be any other way. I am afraid that my dreamy poem flower of a soul will be too much for another person, that no other person will have the patience to step carefully enough to honor who I am.

I am afraid that I will lose who I am in my desperation to be loved. Which won’t be sustainable and it will eventually shatter all the love I gained in not being myself.

But dammit I’ve learned to live with fears before. Dammit I’ve overcome them. I used to be afraid of dogs until I wasn’t anymore. I don’t even remember how or why that changed. I used to be afraid of swallowing pills, sure I’d choke. As a young teenager, I practiced swallowing tiny broken off pieces of gummy bears until my mouth and throat knew it was safe. For so many years, I was afraid of “going crazy” and ending up in a mental hospital somewhere. And then I spent three days in a mental hospital. And I survived. I was afraid of a spouse leaving the Church, and I survived that, too. I was afraid of divorce, and I survived that.

I’ve survived everything I've experienced so far.
at October 14, 2019 No comments: