I came across some pictures from Nellie's wedding a couple months ago, and couldn't help but feel a little nostalgic. Look how far we've come, baby: 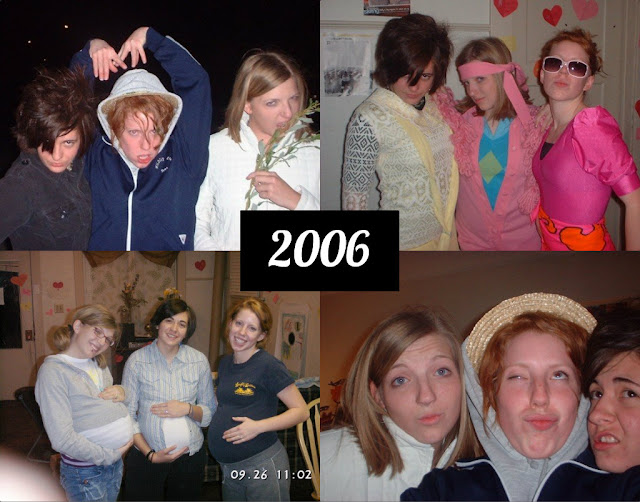 Now everyone's graduated from college, Beckah's having theatre adventures, Nellie's a married schoolteacher, and Jenny just had her first baby (and he has six toes on his left foot--how cool is that?!).
at August 31, 2012 33 comments: 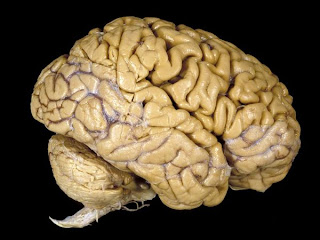 I think documentaries are the greatest inventions in the world. Man, I love them.

Guns, Germs, and Steel
Jared Diamond is awesome. And I think worth listening to. He's also the author of a book called "Collapse: Why Societies Choose to Succeed or Fail," and he seems to have a good grasp of the big picture when it comes to human civilization. In this documentary, he discusses how guns, germs, and steel have shaped humanity's history.

The Amber Time Machine
I don't know if I've mentioned this, but I adore David Attonborough more than I can say. You know how his brother Richard played this guy who carried around a mosquito in amber on a cane and tried to clone dinosaurs before it all went to hell? Well, David tells us just how possible it is to do that (not at all) before explaining just how much it IS possible to learn from amber. We can even figure out what the climate was 45 million years ago from amber!

Cracking the Color Code
Man, I love the human brain. Know what's freaky? Color, as we normally think of it, doesn't actually really exist. It's just how our brains process light. That red sweater you're wearing? It's not actually "red." It's just that it's absorbing every wavelength of light except the one that you're brain registers as "red." And did you know that dogs aren't actually "color-blind"? They just see in 2 colors instead of 3 like humans.

The Great Sperm Race
Okay, I know this sounds either silly or questionable. But it's neither! It's awesome. (Okay, maybe it's a little silly.) But when you actually take a look at what a journey sperm have to make...it's a wonder anyone is conceived at all. And the actual process of fertilization is totally different and way more awesome than I thought. Did you know that fertilization doesn't actually happen until like 14 hours after intercourse? Or that by the time the sperm get to the egg, there's like 5 of them left? Out of like 2 million?

The Poetry of Science
I know Richard Dawkins and a handful of other prominent scientists are always all "There is no God and all of you are delusional," but forget that for a second and just see him as a scientist. He and astrophysicist Neil Tyson deGrasse (whose name I can never remember, so I usually just call him "De-Grassy Man") sit down in front of a university auditorium and talk about the microcosms and macrocosms. It's fascinating and awe-inspiring. It's also fun because Dawkins is so academic and elderly and British, and Tyson keeps bringing up movies.

Why Reading Matters
Although at times it's a bit defensive, it's a fascinating look at how the brain works. Everything from how we experience empathy through fiction, to how the brain processes different mistakes in language. Did you know that some stroke victims will look at the word "yacht" and say "boat," while others try to sound out "yacht" and not know what it's talking about? The brain processes meaning and pronunciation in slightly different places. Man, the brain is awesome.

The Frankincense Trail
A spunky woman travels the ancient route that the aromatic Frankincense did thousands of years ago, from Oman to Bethlehem, with stops in modern-day Yemen, Saudi Arabia, Egypt, Jordan, Israel and Palestine. A unique glimpse into the enigmatic Middle East, and the religions and history that influence it.

Was flipping through old journal entries today and found this from October of 2006:
FABULOUSEST OF FABULOUS REALITIES!*
Setting: Kyra, Beckah, and I were sitting on the porch and talking. It was nearing curfew, so Kyra got up, said good-bye and went on her way home. As she was walking to her car, a random guy walking down the street passed her and said, “Hey, where are you going?” Kyra answered, “Um, I’m going home.” The guy said, “Well, what am I supposed to do?” Kyra suggested that he “go sit on the porch and make out with Liz,” which he said he didn’t want to do because he’d never done that before. Kyra suggested the alternative of cuddling, and got in her car and left. The fellow walked up the porch steps and said, “What am I supposed to do? Just cuddle?” Rebekah and I opened our arms and welcomed him onto the couch with us. In the subsequent cuddling conversation, we learned that his name is Tad and he’s from Arizona. We told him our names and the three of us cuddled for the few remaining minutes until curfew, when the RA came and kicked him out, at which point he left, after pretending he was from a different country and had never heard of curfew.
And that is how Beckah and I came to meet a total stranger by cuddling with him.
Man, I had forgotten all about that. I was good at…just going with the flow in those early college days. I don’t think we ever even saw that guy again.
* When I was a junior in high school, I had this English teacher that changed my life. She had us record and celebrate what we called “Fabulous Realities,” which were those bizarre and beautiful events and incongruities that make you see humanity differently. I still record those to this day.
at August 27, 2012 2 comments:

If her DNA was off by one percentage point, she'd be a dolphin. 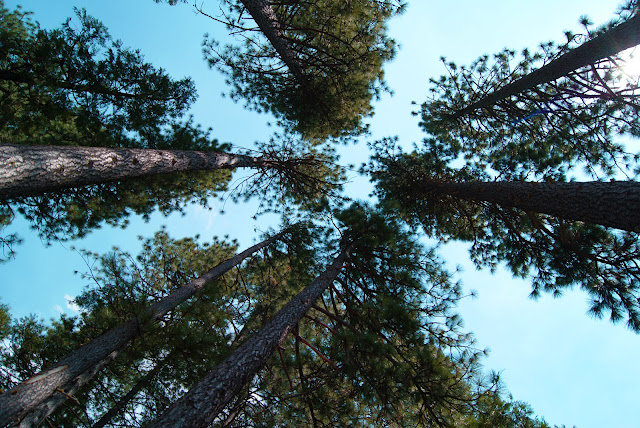 Just got back from California/Lake Tahoe! I'm still waiting on pictures from my grandparents, so I'll blog about the trip then.

In the meantime, I'm going to watch House MD for hours and hours. Jacob and I are now 80% vegetable...we're trying to be as lazy as possible before I start student teaching on Monday.

Also, instead of having that "current kicks" bit that used to be to the right up there, I'm gonna skip it and now and then do "recommendation posts" in the spirit of my friend A. I always love hers, and mine may not be as good for a while, but here we go. 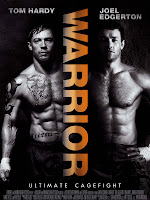 And I know the poster looks stupid. But trust me, this movie is not about cage-fights. Well, it's not about cage-fights in the way that "Signs" is not about aliens. The aliens are just a vehicle to discuss something bigger. Cage-fighting in Warrior is just a vehicle to discuss things like redemption, fathers and sons, brotherhood, escape, etc. I was also afraid it would be too violent, but it wasn't.

It's not a super-amazing book, but with Shark Week on Discovery channel recently, it's been on my mind. A young adult novel told in a series of poems, letters, conversations, etc. from the point of view of a girl who lost her arm in a shark attack. Made me think twice about things like Shark Week.


Jimpressions - Clarence's monologue from Richard III done as a handful of celebrities. Blows my mind. Every time.

This Costa Rica treehouse community. Who's coming with me?

This sleep calculator for figuring out when you should go to sleep in order to wake up in between sleep cycles. Cool, huh?

Totalbeauty.com - A beauty website that includes lists of products created by reader ratings. Lots of articles and resources on everything from aluminum-free deodorant to the best sunscreens. 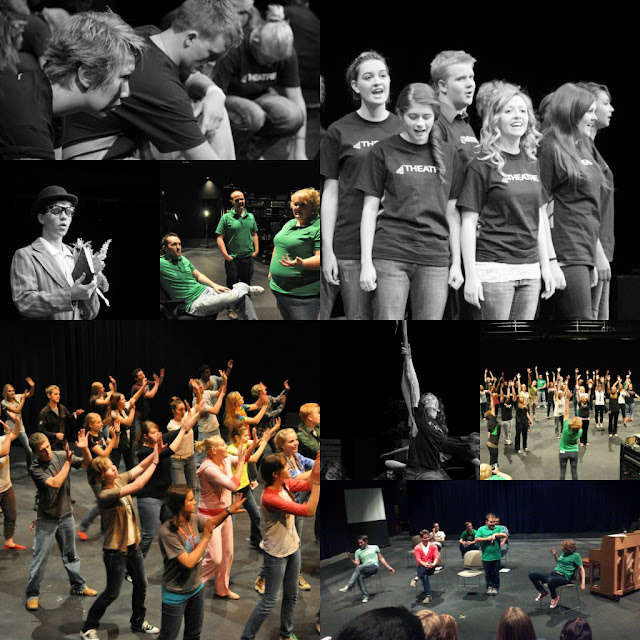 Sorry I haven't been blogging much, I've been busy cheering on Lion King flash mobs in the cafeteria, laughing and crying at revue show scenes and songs, doing an improv show, teaching classes, dressing up like a zombie and dancing the night away, and encouraging teens to follow their dreams. 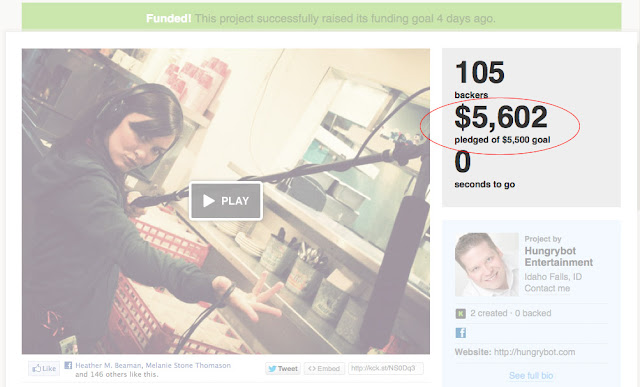 Thank you thank you thank you to all who donated! We did it!
For updates on the project, click here.
Now, if you'll excuse me, I'm off* to teach 34 theatre camp students between the ages of 14 and 18 to believe in themselves. Three cheers for BYU-Idaho Theatre Summer Camp!
*I'm not really doing that right after I finish this blog entry. I'm actually going to bed, so that TOMORROW, I can do that Theatre Camp thing.
at August 01, 2012 1 comment: