This is a stick-up dance

Your mission, should you choose to accept it, is this: bring a film project to life.

This is my friend Christian. 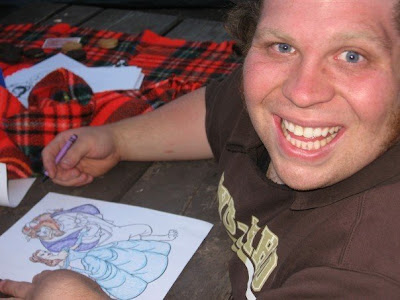 Christian and I go way back...summer of 2006, we shared the Playmill stage, and one memorable night, stole Dave Burton's scooter and rode out into Yellowstone Park at around midnight, and came back so freezing cold that we couldn't move for hours. That sort of cements a friendship in a lot of ways.

Anyway, Christian's got both the talent and the guts to follow his dreams. He played William Barfee in the US tour of "The 25th Annual Putnam County Spelling Bee," and recently assisted in the directing of a new cast of "The Lion King" on Broadway. (Yeah, THE Broadway.) Oh, and while in New York, he studied with the Upright Citizen's Brigade.

He recently began a film company called "Hungrybot." Their first major project is a film called "$tiffed, or How I Learned to Deal With Disappointment." It stars my friends Melanie, Dan, Dave (the same one who we stole that scooter from), Christian himself and a handful of others. They shot the film with virtually NO budget, and now they're trying to show this film to the world.

They are $238 away from their all-or-nothing goal of raising $5,500 for post-production and film festival costs. They're raising all the money from donations made by small businesses and big-hearted people. For every donation you make, you get awesome stuff...the bigger the donation, the more awesome stuff, including online access to the film, signed posters and DVDs, and your name in the credits.

And they have until 1:30 pm tomorrow afternoon.

So, I've got somewhere around 350 followers. If each of you donates just $1, this film could happen.

Saw this on a sidebar today.
Shouldn't that be "10 Completely INCORRECT Ways to Use Commas"? Or is that just my instinct, and not grammatically sound?
For someone purporting to have a superior knowledge of grammar, whoever wrote this tagline doesn't have much command of the language in my book.
at July 22, 2012 3 comments:

The inner monologue of a one-year-old

I had to take a brief blogging break in order to write about 70 pages of travel guides, edit a theatre camp handbook, and create lesson plans. I'm actually not done with these things, so no promises about frequent blogging over the next little while.

But I did have two things to share today. I started thinking about this last night, and in light of recent events, it seems especially important to embrace joy, laughter and life. (Not to be irreverent to the memories of those whose lives were lost or threatened, but the only way to combat chaos and heartbreak is with joy.)

Anyway, some of my best friends are parents to an adorable little girl, and I've had the privilege of watching her a few mornings a week so her mom can go to class. She just turned one, and she's become more and more curious and busy by the day. She's at an age when she's a tiny "scientist," performing little experiments (which usually wreak minor havoc in the average home) to explore exactly how the world works.

But the thing is, her brain is, like, TINY, so to the adult outsider, her inner monologue seems to be filled with all kinds of funny sentiments. The other morning, I started imagining what those might be.

So here's an average morning in the life of a one-year-old baby girl, according to me:

"This is important. I must keep talking to these keys while I walk in circles around the kitchen table."

"This is the greatest room EVER! There's a mattress that makes a crinkly noise and a picture of a guy with big hair in here!" (picture is of Einstein...yesterday, she discovered the photo and was fascinated by it)

"There's another baby! It does everything I do! And when I hit it with glee it hits me back but it doesn't even hurt." (mirror)

"This diaper bag is my purse. Bye! I'll put it on my shoulder. Even though I'm still learning how arms work and even though this is almost as big as I am and it's really heavy. It's my purse. Bye!"

"This muffin is for eating and crumbling into my hair."

"I like everything that I'm not allowed to play with. Especially books of poetry and the trash."

"Cheerios are better when they're on the floor."


On a totally unrelated note, this happened on facebook today, and I liked it: 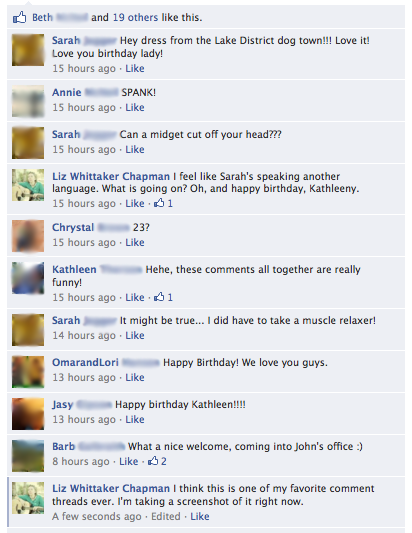 Just one of those faces, I guess 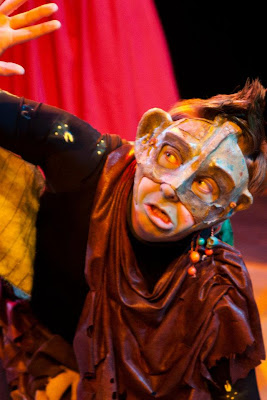 This is the problem with always playing parts where I wear a wig/mask. I was thrilled to play Lotty in "Enchanted April," because not only was it a beautiful part, but I actually looked like myself!
And I also recognize that this is a self-centered post. But it's my blog, so...so there.
I had a rough day yesterday…no particular reason. A combination of waking up from bad dreams, the weather being rainy, and spending all day staring at a computer screen and completing the tedious task of writing cover letter after cover letter for writing and graphic design gigs. And designing something for a client, sending a draft, and receiving merely a cryptic “I’d like it to be more ______” in reply. (Welcome to the world of graphic designers.) I was just worn down and glum. But we went to BYU-Idaho’s production of “The Mikado” last night, and it was cheering (especially Brant), except for the things in between and afterwards. I can sort of laugh about these things today, coupled with a sigh. But they weren’t the kind of things that made my night any better.
First, I say this not brag, but to let you know where I'm coming from. Let it be known that I was on Comic Frenzy for 2 semesters, and have been in roughly 15 productions/theatrical performances on BYU-Idaho’s campus. But things like this always happen to me…
EXHIBIT A
Audience member sitting next to Jacob and I: (to Jacob) Hey, you’re in Comic Frenzy, aren’t you?
Jacob: Yes! Well, I have been. I was. I haven’t been for a while. But I’m hoping to do it again.
Audience member: Yeah, you were awesome. Are you in Academy of Comedy, too?
Jacob: No.
Audience member: Oh, well, I thought I recognized you. You are really funny.
Jacob: Thank you! I’ve done some plays too. So has my wife Liz.
Audience member: (to me) Yeah, I thought I recognized you. What have you been in?
Me: Well, I was just in Enchanted April last semester…
Audience member: Oh. I wasn’t here. Anything else I might have seen?
Me: We did a short version of the Tempest in the Fall, and I played Caliban in that.
Audience member: Um, anything last summer?
Me: Uh, yeah, I was in Waiting for Godot. With Jacob.
Audience member: Maybe that was it.
Me: With my long, crazy wig?
1 hour later…
Audience member: Oh, I know where I know you from! You’re the script librarian!
Me: Yeah.
Audience member: Yeah, you would always help me with stuff for my acting class.
Me: Yeah. Jacob’s taking over that office in the Fall, actually.
Audience member: Cool. Yeah, I didn't see Waiting for Godot. I didn’t know you did theatre too.
Me: (sigh)
EXHIBIT B
Audience member: (to Jacob in the foyer) You are such a great comedian!
Jacob: Thank you!
Audience member: I’m _____’s mom (friend in the show we just watched), so I saw you in, what was it, “Life is a Dream”? And YOU. Are so so so good. Now I mean it. Are you going to do another play? Because you are so very talented. We would love to watch you again.
Jacob: Thank you so much.
Audience member: Really. You are such a talented comedian. (continues with intermittent bragging about her son coupled with exorbitant praise of Jacob for another 2 minutes)
Jacob: My wife actually does theatre too (indicates me). This is my wife Liz.
Audience member: Oh, I saw a ring! I wasn’t sure though. Congratulations. (continues with intermittent bragging about her son coupled with exorbitant praise of Jacob for another 5 minutes, pretty much ignoring me)
Me: (sigh)
I don’t begrudge Jacob the praise. He definitely deserves it. I love being married to such a talented person. And if I’m there while he's being praised, he always mentions that I do theatre too. Even though people rarely recognize me. I am so grateful that he does that...it’s not his fault no one ever recognizes me. I love Jacob, and I love that other people love him too. And it certainly feels selfish to want to be validated as an actress. But…well, all in all, not a great evening for my self-esteem.
I made some damn good brownies, though. I guess I’ll eat those to comfort myself.
at July 06, 2012 12 comments:

For the frozen sea within you

I was chatting briefly with my mom on the phone this morning, and she asked if I had any book recommendations. I always have book recommendations. But instead of sharing them just with her, I decided to share them with all of you. Here are ten powerful books to add to your summer reading list. If you're looking for something lighter, stay tuned...10 YA recommendations to follow.

Now, without further ado, and in no particular order, from a variety of genres and addressing various themes, here are ten of my summer reading recommendations: 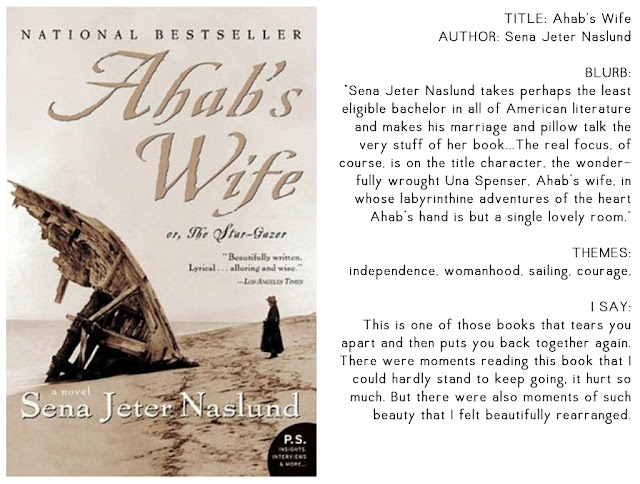 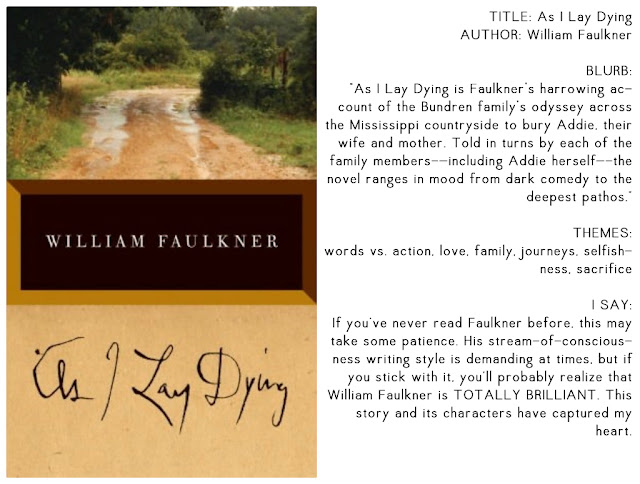 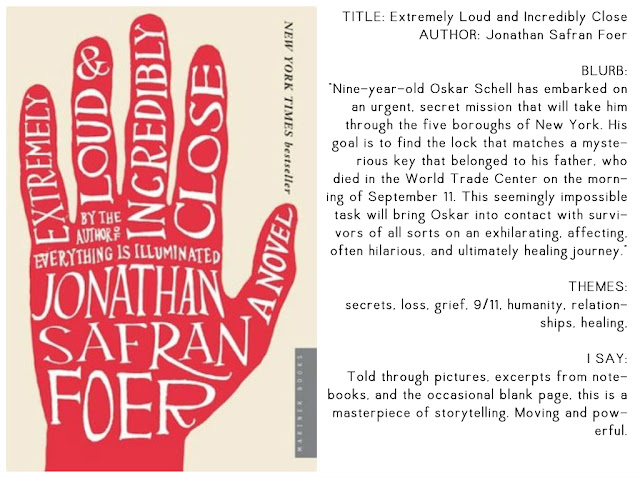 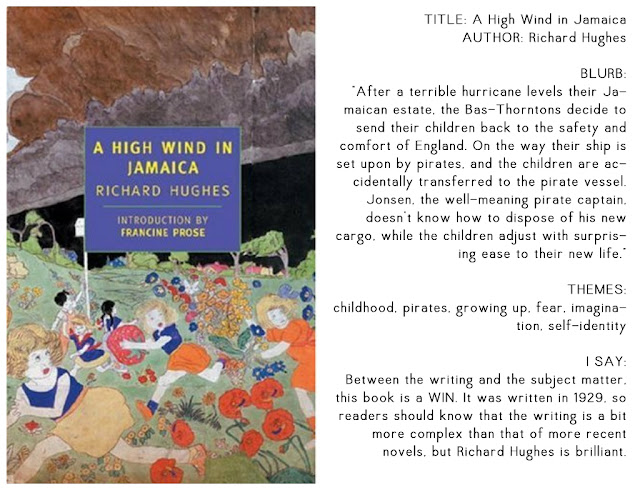 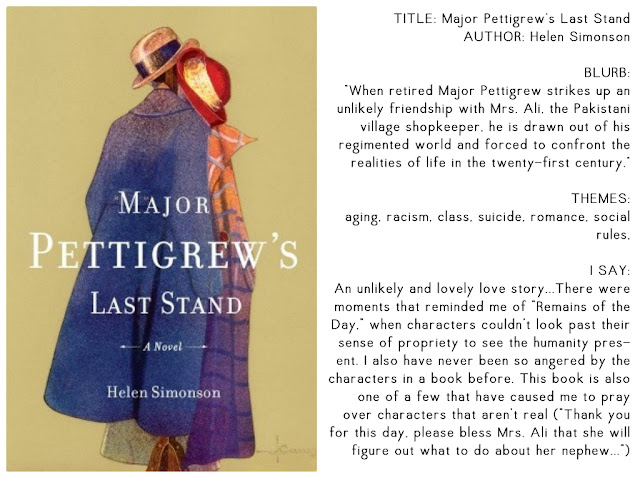 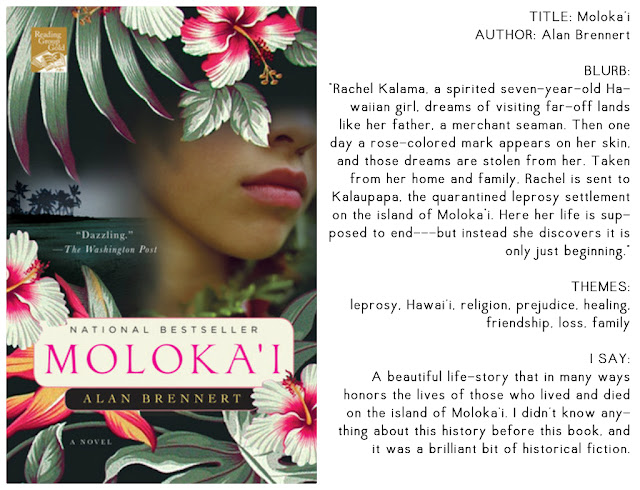 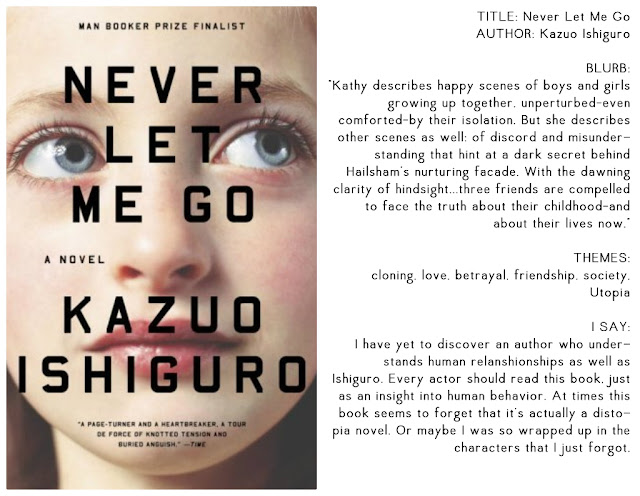 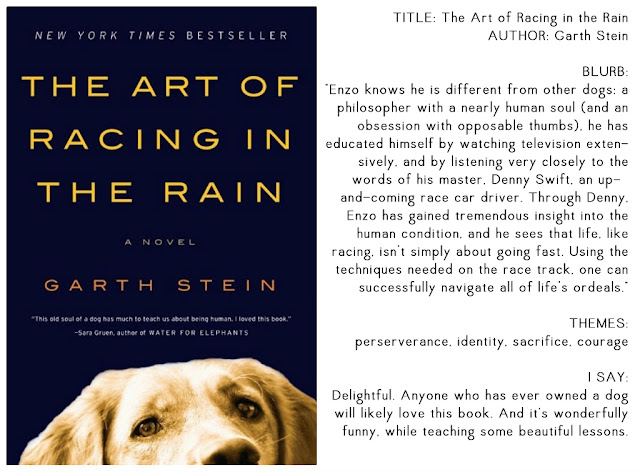 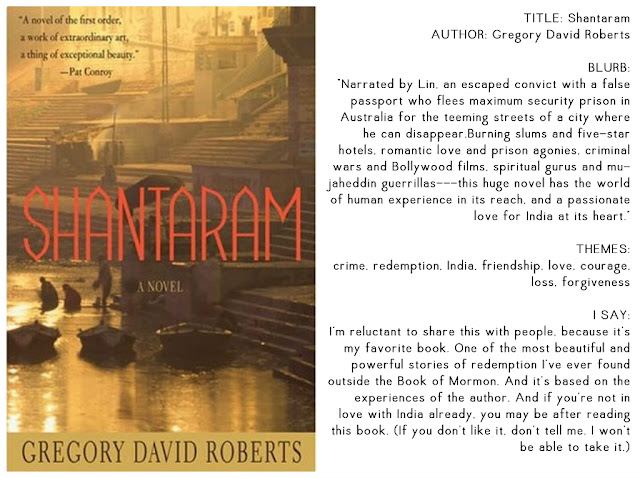 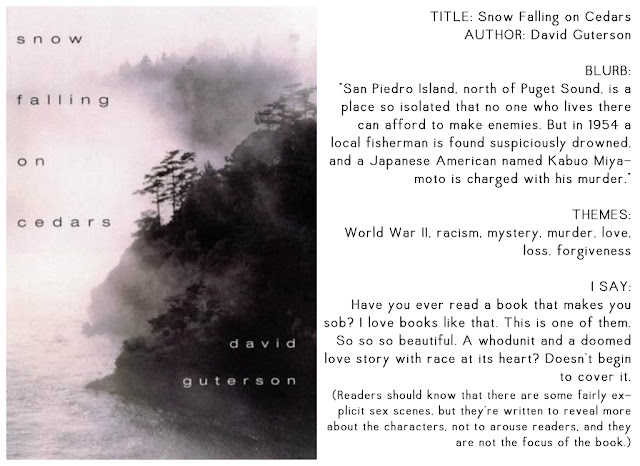