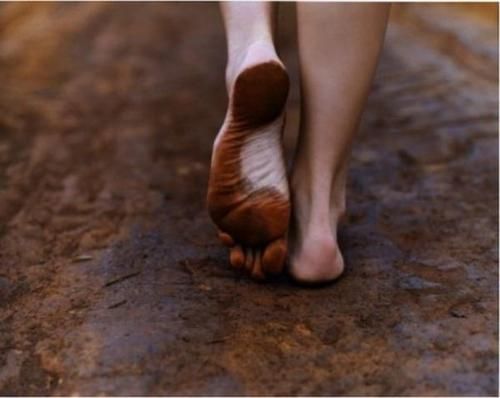 I tend to get restless in the colder months. Shorter days, colder weather, more time inside. I've got cabin fever something awful lately. But I've also got what I call "itchy feet," which is a sort of broader version of cabin fever. Cabin fever is just being a little restless, wanting a change of scenery, needing to get out and do something different. Itchy feet is when you feel all of those things, but more strongly. It's when you want some kind of lasting change, something big to jolt you out of your own status quo. The cure for cabin fever is a simple walk outside or a night with friends. Cures for itchy feet include things like drastic haircuts, redecorating the living room, and impromptu road trips.

The name isn't great. "Itchy feet." It sounds more medical than metaphorical. But a friend used it once years ago, and now I can't think of anything else to call that feeling of wanting something big and undefinable. It's like a "cabin fever squared" sort of feeling.

A few months ago, while I was doing something mundane like folding laundry, I thought to myself, "This is not the life I want to be living." So I spent the next few days thinking about the life I DO want to be living...what it looks like, what it includes. I know this is cheesy, but I'm a big believer in creating the life you want for yourself.

But here's the problem. And I fear this will sound obnoxious, because I'm really so lucky in so many ways. But a lot of my ideal life depends either on time passing, or other things that are outside of my control, or both. Here's what I'd love to be doing:
- Working as an adjunct faculty member for a university's online program
- Living in an RV full-time
- Making awesome theatre and film, both fluffy and deep (and ideally being paid for it)
- Continuing to pursue my other passions of writing, art, etc.
- Being in a better place with my mental and emotional health, having worked through divorce-induced (and previously induced) trauma

These are all things that I'm actively working towards. But I have to finish my MFA before I can apply for adjunct jobs, and then be hired. I've got to solidify my financial situation before I can make the move to full-time RV life. My contributions to theatre and film depend on me being cast, or me finding the time to create my own work, or collaborate with others. And as far as mental and emotional health goes, that'll just take time (and the continued guidance of my awesome therapist).

The main thing I lack right now is patience. Which I'm learning I don't have much of, in the grand scheme of things.

I am so so so lucky to be doing so many awesome things in my life right now. So there's this part of me that's like, "Be happy NOW, girl. You've got so much going for you!" And it's true. I do. But my feet are still SO ITCHY. I love writing my MFA. But I'm suffering from two parts writer's fatigue and one part writer's block in the last part of my thesis, a draft of which is due on Sunday. And I have SO MUCH FUN playing Maggie at the Hale every other night. But I'm craving something I can sink my teeth into--I want something challenging and provocative and thoughtful. My comedy muscles are well-worked. Now I want some drama. I'll get to flex those muscles some in an upcoming production of Othello (details TBA), but remember how we also talked about how I'm impatient?

I don't doubt that the ways I spend my time are generally fairly admirable, or at least above reproach. But it doesn't quite feel important enough.

Finally, I live alone, and that means that if I'm not around people for a while, I kind of sometimes forget how to...be a person? I don't know. Like I just get weird in all of my social interactions when I do leave the house. Weirder than usual.

(Tangential note: To any new friends I made in 2017, I'm really grateful for you. You're getting a pretty messed-up version of Liz right now...I've been a wreck, off and on, since February. I know and accept that I'm generally emotional and awkward and weird, but I have been more emotional, awkward, and weird than usual this year. Even if you haven't noticed it, I sure have. For the handful of new friendships I've made this year, or strengthened this year, I keep thinking, "Geez. It's too bad this person didn't meet me BEFORE 2017." 2017 has been rough for America and humanity in general, to be honest, but divorce poured gasoline on whatever fires I was already tending. And to add an additional metaphor, divorce also seems to have brought my whole house of cards down, and I've been trying to just function day to day while I also rebuild that house, hopefully this time with something sturdier than cards.)

I'm grateful for my "Bundle of Trouble" family, for Marco Polo conversations and backstage chats with Mandee, for texts with Beckah, for creative folks who play Tom Waits' albums on Halloween, for Cinema Sundays with Laura, for yoga with Adele, for shows and IHOP nights with the Improvables. Y'all keeping me grounded until I can get something more solid under these itchy feet of mine.