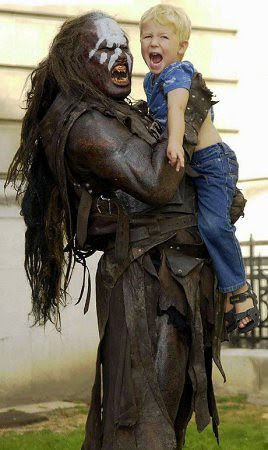 Somewhat heartless parent who took this picture--Thank you for putting said picture on the internet so that I can laugh. In a "that poor kid" kind of way.

Mom—Thanks for raising me equally on both Mozart and the Beatles.

Robert Lopez and Jeff Marx—Thank you for writing the music for the Broadway show “Avenue Q” so that I can listen to it.

Roger and Heidi—Thanks for giving me the opportunity to be a part of the Playmill again this summer.

Matthew—Thanks for giving me a hug this morning when I was pouty because I had to get up early and I was hungry and it was snowy.

Winter hat—Thanks for keeping me warm when West Yellowstone is stupid and snowy in May.

Ultimate-Guitar.com—Thank you for having the chords to one of my favorite Fiona Apple songs.

Dan—Thank you for inviting me out to breakfast this morning.

Jesse, Kathleen, Annie, and David—Thank you for coming to visit when you were in town yesterday.

Jen—Thanks for your friendship and your brilliant advice, which I rely on to this day.

Old Couple we sat next to in Running Bear today—Thank you for recognizing us from the Playmill and complimenting us on the show.

Guitar—Thanks for existing, so that I can make music.

Apartment plumbing—Thanks for being crappy. No pun intended. 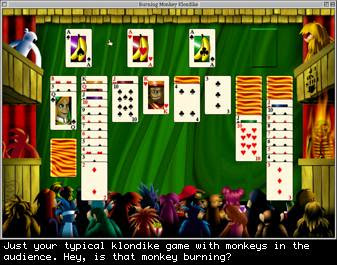 I had a fun talk tonight about all the old-school computer games we all used to play back in the day. Which inspired me to write this blog. And I totally stole this idea for a blog entry from Willie. Woot for syntax text-only adventure games.

You find yourself sitting awake in bed.

You have your roomate's computer, your phone, and a stuffy nose.

You need a tissue to do that.

You can't get a tissue from here.

I don't understand that command.

I don't understand that command.

You are single. You are thirsty. You are an insomniac.

You need to choose a person to do that.

Guybrush Threepwood is an imaginary character.

You get up and pour yourself a glass of water. You get out powdered energy drink and add 4 scoops. You drink the glass in one gulp.

You have gone to sleep.

We had some good games, didn't we? To close, here's my little pictorial ode to the computer games of my youth:

Somehow this game was actually really entertaining...Mom and Dad, you guys were the masters at good ole StuntCopter! In later versions of the game below, I always had this moral dilemma...do I choose the Oregon Trail or the Mormon Trail? As an LDS Oregonian, I was always like "Where do my loyalties lie?" 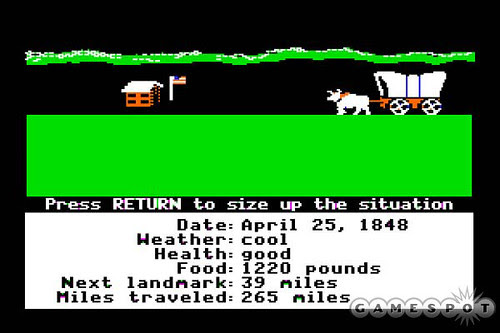 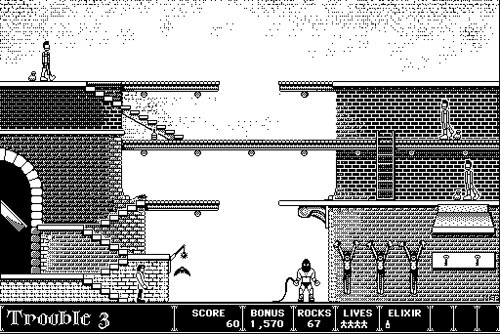 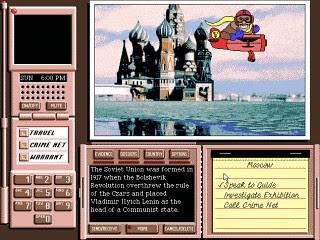 It also occured to me in the course of the conversation about computer games that you know your family is a little nerdy when you quote both movies AND computer games. (Hey Whittakers..."Want some rye? Course ya do! Here's to us! Who's like us! And we're all dead.") 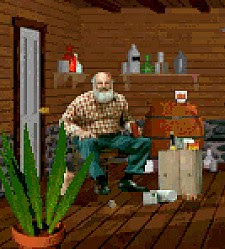 I don't even know what a dwarf monkey-flower is...is there such a thing? 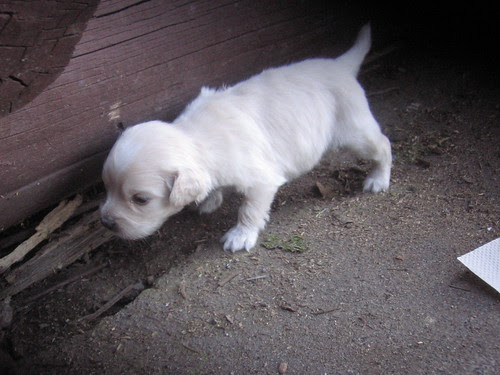 Just for fun, here are some memorable things that have made it into the quote-book since arriving in West Yellowstone:

“Oh Curtis. He brings life back into my life.” –Mallori

“It’s difficult to feel elegant while dancing in feet-y pajamas.” –Me

“Not that I would do this to her on purpose, but if my turtle died right now, she’d be just the right size to make a really cool belt buckle out of.” –Craig

“I love you, hot fudge. I love you too, Cameron, but you don’t get a cool texture when covered with ice cream.” –Me

“I’ve just been hit by a tired…thing.” –Cameron

"Austin, why is it that every time I look at you, you're either not fully clothed or upside-down?" -Me

“My parents drove UNDER a moose once.” –Joe

“I wish you COULD play a muffin tin.” –Curtis

“It’s like losing your virginity. Really, what’s the point?” –Austin

“I was angry this morning. If ever I was to kill someone, it would be in the morning.” –Austin

“It would be really lame if you woke up on top of the Brooklyn Bridge.” –Curtis

“I don’t know any girls in Rexburg of Austin’s caliber. Which means that if Austin was a girl, he’d be out of my league.” –Jordan

“Why are we scary!? I would never date someone like me!” –Kaylie

“Know what you should do? Make hot breaths.” –Jordan

“You don’t need a shirt to pluck your eyebrows!” –Me

“Why does the skin spare you?” –Jordan (he meant “spin scare you”)

“I think it’s a standing rule at the Playmill that no one can ever straddle anything. Ever.” –Austin

“I think I just swallowed one of my hairs.” –Kaylie

And the crowning gem thus far:
“It’s always after the white osprey and before the dwarf monkey-flower that the Thespians arrive. Good to have you with us.” –total stranger a few of us met in a gift shop at Old Faithful

Good times. By the way, that picture up there is of our favorite visitor to the Playmill, Taylor's puppy, Tobey. We've decided that he's this season's mascot, and have nicknamed him "Tobey the Playmill Playmate." He was a runt that Taylor rescued. The lil darling just opened his little eyes last week, and just barely started to discover walking a couple of days ago. He's so tiny and funny, he's impossible to leave alone!

And here's another picture; its kind of weird, but I think its funny...Austin and I both fell asleep on the couch during dinner break. We didn't do so in the same position on purpose, but I think it looks funny, and apparently so did Taylor because she took a picture. 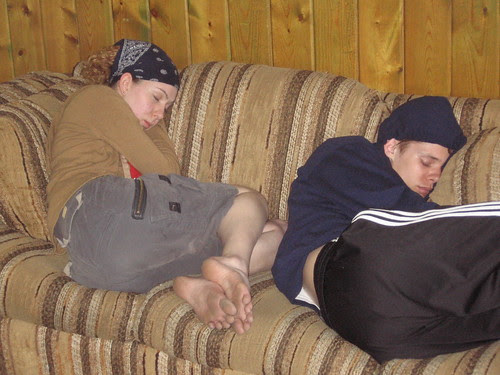 Anyway, thinking of all of you. Rehearsals are going well...I'm getting the beginnings of panic at being ready in time, but deep down I know it will work out. It always does. I've been having all sorts of adventures, though not the kind I can easily blog about, but generally speaking, life is good. I'm loving getting to know everyone...making and strengthening friendships and learning from those around me. I feel so lucky to be here, doing what I love, surrounded by such astounding natural wonders!

Keep us in your thoughts and prayers, especially Fune who just had a root canal this morning, and Austin who is having his wisdom teeth removed tomorrow.

Rock on, and may you be living the extraordinary lives that are possible for you!
at May 17, 2007 1 comment:

"I wasn't kissing her, I was whispering in her mouth." --Chico Marx 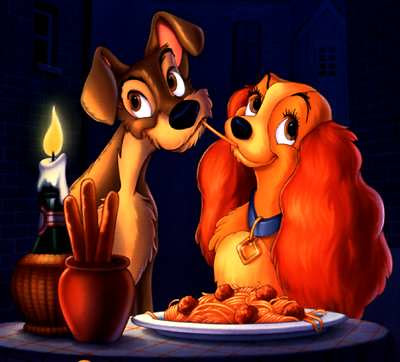 Tonight, a few of us were half-watching “Spiderman” and got to talking about movie kisses. This led to a debate of what the “best movie kisses of all time” are. Now, I don’t know if you’ve ever thought about it before, but when someone asks “What’s the best movie kiss of all time?” that’s really a tough one to answer. We decided that it might be too hard to come up with just one, but we got a pretty good list going. Here are some of our conclusions:

“Spiderman”
The upside-down kiss in the rain

“The Notebook”
The kiss on the dock in the rain

“Romeo+Juliet” (Baz Luhrman’s)
Basically all of the kisses

But although we all know there are lots and lots more, we couldn’t list them definitively. We also decided that rain automatically makes any kiss (real or on-screen) infinitely better.

SO, what do you think? What are some of the greatest movie kisses of all time? I’m sure there’s an official list somewhere…maybe I should look that up…

Anyway, this blog entry is slightly more interactive than usual. Comment and tell me your thoughts on the best movie kisses ever.

Perhaps any psychologists who happen upon this blog will immediately note that it must be a sexually frustrated group of young people up at the Playmill theatre at the moment.
at May 11, 2007 4 comments: