I'm Tired of Marvin Asking Me What's Going On

My grandparents recently sent me an email (WITH AN EMOJI!!!) telling me they've been hoping for a blog update soon. It was the final motivation I needed to dash one off really quickly. Things have been busy in the House of Chapman. Here's what's going on.

Getting a job!
I work 20 hours a week as a receptionist for a graphic design company called Royter Snow! I applied on Monday morning, interviewed Tuesday morning, and started work on Wednesday morning. It's really fun! My organizational heart is happy with the tasks I do, and I have plenty of down-time where I'm allowed to work on homework. The guys who run the business are friendly and laid-back, and the building is awesome. (When I mentioned my acting work during my interview, the business owners said I'm welcome to take off for an interview or day of filming if that ever comes up. PERFECT JOB.)
(Incidentally, if you're looking for an office space in Salt Lake City, Royter Snow has two suites available for rent. Only $420 per month. Check out the KSL ad here.)
And working with designers means my office space is pretty. Here is a picture of the view from the break room. 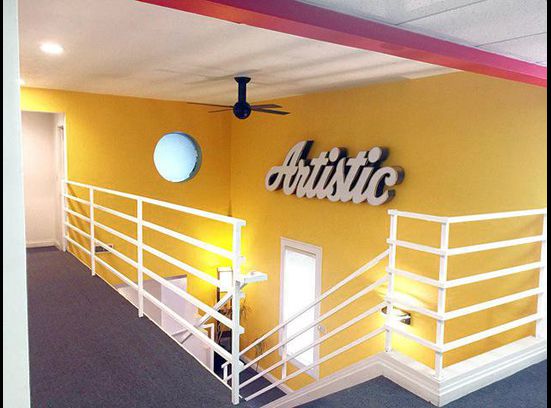 Cabaret!
OMG WE OPEN ON FRIDAY. I feel super good about the show, and a little nervous about layering ALL the tech in over just four days. But it's happening whether I'm nervous or not. We did a "sitzprobe" with our small orchestra today and I grinned my way through most of "Wilkommen." It sounds SO GOOD. So full and lively and gritty and awesome! If you'd like to see me in vintage tap pants, you can get tickets here. Aaaaaand you'll get two for one*--Jacob is also in it! Surprise! A cast member had to drop out, and the production team was desperate to find someone to replace him, and I put Jacob's name/face forward, and now he's Ernst Ludwig. And he's spectacular. Obviously. Everyone is. Here is a picture of Anne-Louise Brings, who plays Sally Bowles, in rehearsal with the orchestra at a local studio. 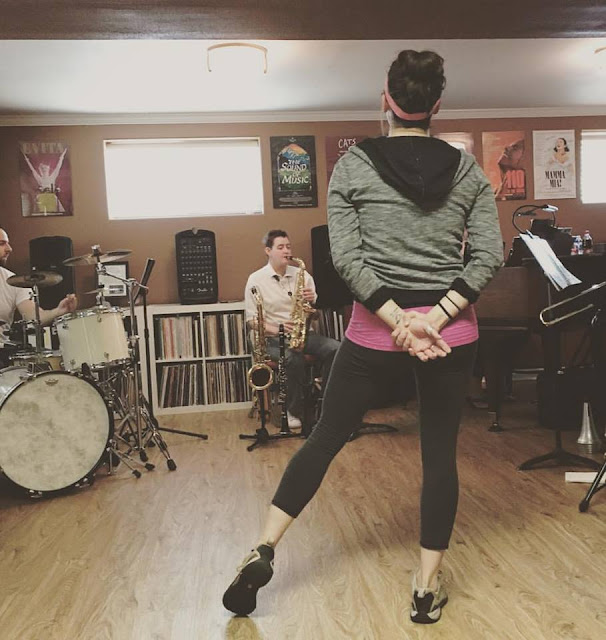 Liz gets an MFA!
Still plugging away at my Masters. There are days when I feel so certain that it's the right thing to do, and other days when I question my decision. But deep down, I know that this degree will open doors for me that were previously closed, both because of the degree itself, and because of the writing skills I'm learning. This semester I'm taking two classes: The Craft of Fiction, and "The Rock Stars and the Poets." The last class is as fun and interesting as it sounds. Here is a picture of my homework for this week. 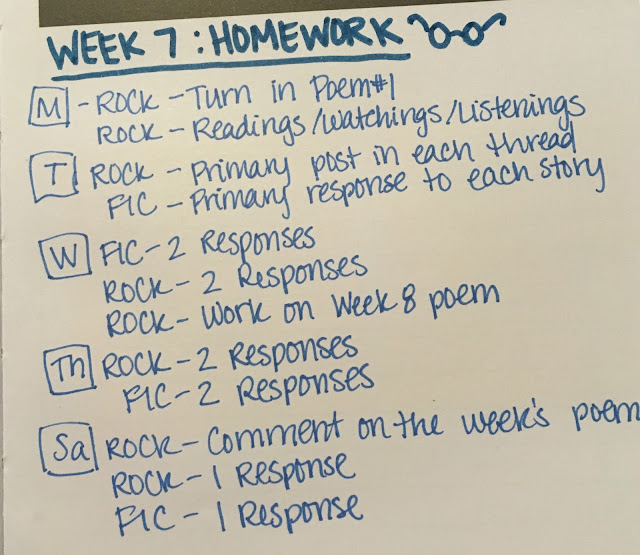 Acting!
I've had a bit of a dry spell when it comes to casting, and for a while there, it was really rough. As much as I intellectually KNOW that rejection is a big part of this industry, it can still get to you. During July, I had 8 auditions and didn't get cast at all. I know that doesn't sound like a lot, but that's twice a week. When you're getting a "no" twice a week, it starts to feel like it must be something personal or something. It threw me into a little funk for a minute, there, and I'm still sort of re-arranging my psyche to help me better deal with rejection in the future. In the meantime, I keep auditioning! The dry spell can't last forever. I do not have a picture to accompany this item on the list.

The Internet!
I love the internet. So to conclude, here is a favorite thing from the internet lately. In response to a prompt to name the creatures on this old-timey map, someone came up with these species names: 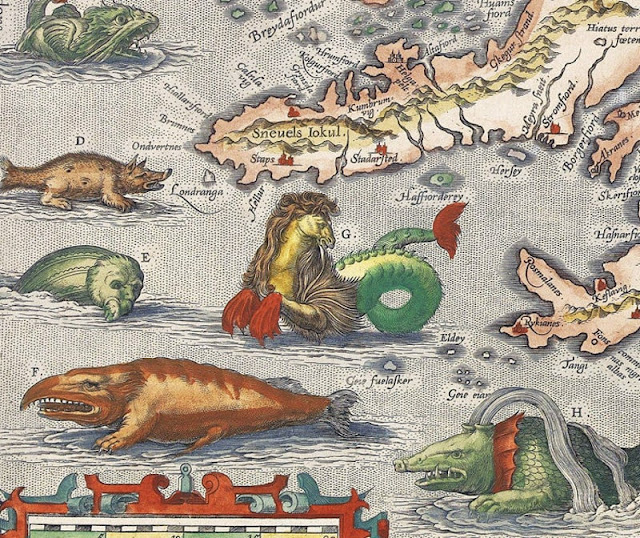