A "dive" into some fiction today, which I don't spend enough time writing. I found and polished up this old story from one of my MFA classes. At the time, I was interested in the idea of self-help gone awry, and the prompt I was given for class was "swimming pool." 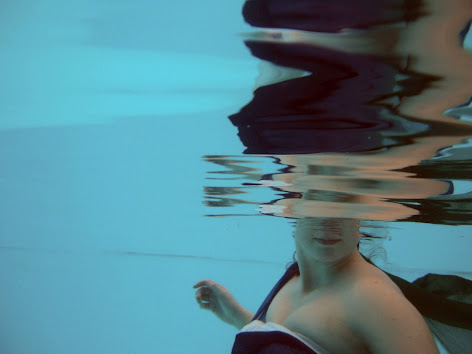 Laura Lundquist did not have a swimming pool.

She lived alone in a one-bedroom apartment, ten minutes away from the marketing firm where she worked. She had no dog, no cat, and no houseplants. She spent her evenings watching documentaries and foreign films, and trying new recipes, the results of which often languished in her fridge for weeks before she threw them out.

Walking into her apartment after work, the July heat radiating on her skin and hair, Laura imagined slipping out of her clothes and into the cool chlorine of Noah’s pool. She’d dangled her feet in it at last year’s work party, and he had smiled at her briefly, as she sat alone. She spent that afternoon watching him, and trying to hide the fact that she was watching him, and trying to figure out whether or not he was watching her. The hairs on the back of her arms stood up whenever he walked close by.

Perhaps his invitation hadn’t been personal. Laura was a part of the head count. Noah just happened to be hosting that year’s work BBQ, and they happened to work together. Still. She felt hypnotized by the way the sunlight glistened on his warm arms, or how the water gathered on the hairs near his ankles. When he laughed, it was like firecrackers in her lungs…joyful and suffocating all at once.

When it all became too blinding, she’d stood up from the side of the pool and quietly walked into the house. In the bathroom, she had pulled open drawers, peeked into the cabinets. She had categorized the inventory of his private life. Old Spice High Endurance Pure Sport Deodorant. Colgate whitening toothpaste. A razor that needed cleaning. All of these intimate things. Answers to questions she didn’t know how to ask.

With music playing distantly outside, and the chatter of co-workers on the back porch, she had quietly opened doors until she found his bedroom. She’d run her hands along the row of clean shirts in his closet, and sat gingerly on his bed. For a few brief moments, she laid back with her legs dangling over the edge, his comforter had been cool beneath her as she’d stared at the ceiling of his bedroom, her arms stretched out to either side.

In the office, he never looked up from his desk when she walked past. But she had seen him, four desks down, slip his shoes off as he worked. She watched him twirl a pen between his fingers as he bent down over his sketchpad. She’d seen his lunch in the office fridge.

It was late July now, weeks since that party at Noah’s house. Laura closed the apartment door behind her and pulled her dress over her head. She kicked her shoes off as she walked to the bedroom. Her sheets were cool on her back as she stared at the ceiling. She ran her hand along her neck.

What she wanted was to swim in Noah’s pool. She wanted to come home to that backyard. She imagined him sitting with his feet dangling in the water, smiling at her as the water cooled her limbs. She imagined that he would ask her about the book she was reading, and if Marie from accounting was still ignoring her emails. And all of the thoughts that Laura had tumbling through her head would have a second home in Noah, and she would be able to breathe again. She would drown, smiling, in his love.

Laura’s mother thought that Laura was depressed, because “she never went out and didn’t have any friends.” Laura replied that she liked being home and had friends at work. Laura arrived home one day to a package from her mother, containing four different types of vitamins, two DVDs of “guided positive affirmations,” and a book called “Taking Charge of Your Life: Going For (And Getting) What You Want.”

In late August, Laura made her decision.

His back gate was unlocked. Laura stepped into the back yard and walked to the edge of the pool. She stepped out of her shoes and pulled her shirt over her head. She unzipped her skirt and let it fall, unhooked her bra, and stepped out of her underwear.

She took a deep breath, and jumped into the blue-green, undulating water. Laura floated there, her face tilted to the sky, her arms making lazy circles.

She didn’t hear the gate unlatch. So she was startled when she heard the voice she had been imagining.

“I am to wait, though waiting so be hell." --William Shakespeare, Sonnet 58 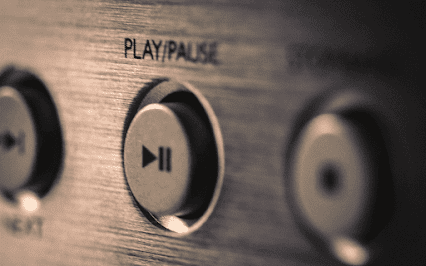 “I have of late—but wherefore I know not—lost all my mirth, forgone all custom of exercises.”

I know we’re all sick of the pandemic, but I don’t know what else to write about. It touches almost every aspect of my life right now. I feel myself in a sort of uncomfortable limbo…I’m living in suspended animation and I do not like it. I have all of these goals, for my career, for my finances, for my art, for my LIFE, and all of them are temporarily on hold because of this goddamn virus.

I’ve applied to one particular job that would start in the fall, and it would literally be a dream come true to get it. But they haven’t begun interviews for it yet (that I know of), and I know they’re busy managing pandemic-related challenges at the moment, and so I wait, though waiting so be hell.

I also applied to different temp job, assisting with vaccine site coordination, and it pays literally 4x what my current job pays, and it would be doing something to help end the pandemic. When I spoke to them last week, they said they were 95% sure I was going to be selected for the next group, but I haven’t heard from them yet. And so I wait, though waiting so be hell.

I have my fingers crossed for travel to see family, hopefully this fall. But it’s all dependent on the pandemic and whether or not we’re all vaccinated and how safe travel is in general. And we won’t really know the answers to those things until later this summer, or maybe fall. And so I wait, though waiting so be hell.

I also find myself longing to spend time with friends. I’m generally pretty introverted, but all I want is to get together with a bunch of people and go out dancing, or have a party, or do karaoke, or sit around a bonfire and talk, or have a movie night. I want to hold and be held, and to sit in company of others I love. I did luck out in the people I’m sheltered at home with—A and K are magnificent humans. It’s just that I long for others, too. But the general public probably won’t get vaccinated for another several months, and it’s not safe to gather until then. And so I wait, though waiting so be hell.

And oh, how I miss live theatre! I miss rehearsals, and blocking, and greenroom laughter, and dressing room talks, and making discoveries in a scene, and the energy that crackles between the audience and performers. I’ve found myself longing for my old Playmill summer-stock days lately. What a dream to sing and dance and act, 13 times a week, for months on end, in such a beautiful place. If someone offered me the chance to safely do “Seven Brides” or “Joseph” at the Playmill again, I would do it in a heartbeat. But doing live theatre, without masks or distancing, simply isn’t safe right now. We need to wait on vaccination. And so I wait, though waiting so be hell.

There are a few other tangible things I can’t do anything but wait for. My tax refund. Another possible stimulus payment (we’re waiting, Congress!). I’m waiting for spring, when we can plant things and continue our yardwork projects. We’re doing some re-organizing at AOTC and I want it to be finalized so I can get going on whatever my job ends up being.

And there are other, more intangible things that only time will give me. Healing from recent heartbreaks. Processing old traumas. Breaking old patterns and building new ones. I feel like those are in progress, which helps lift some of my anxiety about this time of waiting, but because that progress isn’t quite tangible, it can be hard to notice.

On Sunday night, I drove around West Valley and Taylorsville and sang the entire soundtrack to “Reefer Madness” because I felt like I was going to lose my mind if I was in my house for one more minute. It did help…I may have to do it dozens more times with other soundtracks until something in my life is certain again.

But in the mean time, I wait, though waiting so be hell.