Turbo-update...I ain't got time to finish all the detailed intellectual stuff I've got drafts of. Here's what's going on nowadays...

Current obsessions:
1. My FitBit. This thing is changing my life. I'm gonna write a whole blog entry about it later, but in the meantime, know that I'm obsessed with it. 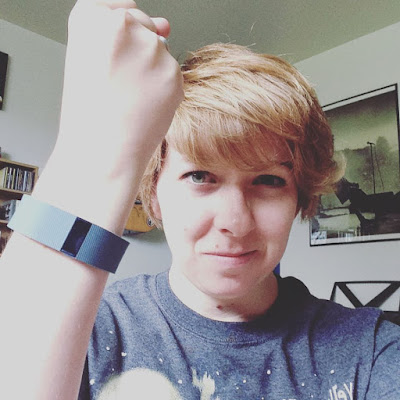 2. The song "I'd Rather Dance With You" by Kings of Convenience. This has been my ear worm for the last few days, and it has inspired multiple impromptu living room dance parties. (Other ear worm = "Deep Love.")

3. The podcast "Hello From the Magic Tavern." It is a gem of comedic improv GENIUS. If you have any interest in comedy or improv or stories or world-building, this is your thing. The basic idea is that a guy from Chicago has fallen through a portal behind a local Burger King, and landed in the magical world of Foon. But he brought his podcasting equipment with him, so he does a weekly podcast, along with his co-hosts, Chunt the talking badger (who's technically a shapeshifter), and the wizard Usidore. There are often other guests as well. Each episode is improv'd and it is so brilliant and it makes me want to just do improv with brilliant people. (WARNING: There is occasionally some language, and some suggestive material.)

4. NaNoWriMo. I'm deep into prep, and I have a rough outline for a story, and I'm excited to see where else it takes me as I write it.

5. Rimmel Provocalips lip color. A friend raved about it on Instagram a little while ago, so I went out and got myself two shades: "Make Your Move" and "Heartbreaker" and I'm in love. I don't know how it stays on, but it's magic lipstick voodoo that is NOT messing around. "Make Your Move" is really close to my natural lip color, but just adds a little "oomph" and it stays on ALL DAY. Kissing, eating, PUTTING ON CHAPSTICK. It doesn't end up looking all cakey and dry, either. Love it.

6. Acting. (Always.) I've had some pretty amazing screen opportunities lately, and someday I'll tell you all about them, but in the meantime, I signed all these crazy non-disclosure forms so I can't give more details until things are released or I'll get sued for billions of dollars and stuff. So that's been cool. I also had a callback for "Beau Jest" at the Hale in West Valley, so my fingers are crossed for that one. (I'll find out later this week if I'm cast.)

7. My non-glasses/non-contacted, LASIK-corrected eyes. It's the weirdest thing. I still reach for my glasses when I get up in the morning, before realizing I can see. I had a follow up appointment last Friday, and my vision is currently better than 20/20. I love it so much.

8. My nephew Benjamin. I watch him once a week, to give his mom some time to catch her breath and get stuff done. He's funny and imaginative and articulate. He's 2 1/2 and he loves music, going outside, Daniel Tiger, uncle Jacob, and rocks. (He like...really loves rocks. Whenever we're outside and he sees a pile, he has to go inspect them, usually selecting one to take home. He'll usually ask to hold a rock during his nap. Future geologist? Also, he usually asks me where Jacob is at least once an hour when he's at our house, and he's always a little sad when he learns that Jacob is at work.) 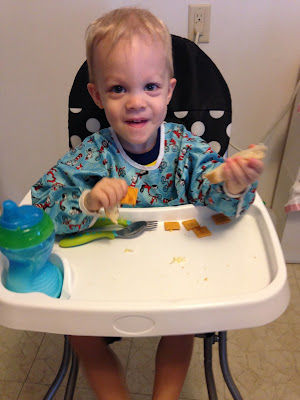 Current Non-Obsessions:
1. Thinking of really funny stand-up and/or Twitter material while I'm driving, and then forgetting it as soon as I have the opportunity to write it down.