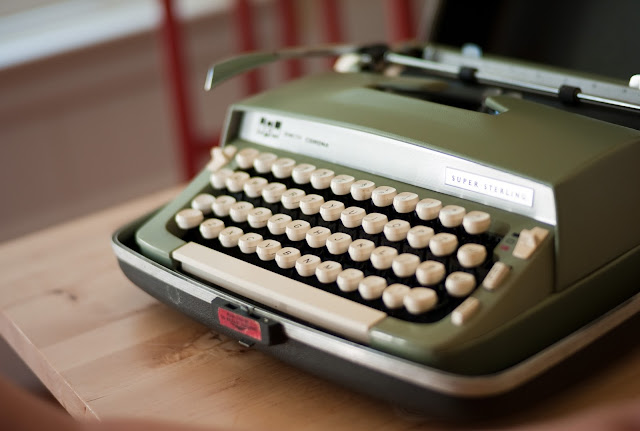 I feel like I'm trying to crash through brick walls on my NaNoWriMo novel lately. Partly because I planned this novel VERY poorly. And partly because I'm working on like, two other writing projects simultaneously. And partly because I have a crush on "Beau Jest" (the show I'm rehearsing), and it's all I can think about. But whatever the factors for my struggles, the point is that I'm struggling. So to give me a break from trying to novel-solve, I thought I'd share this bit of inspiration.

Ray Bradbury once told a story about how when he was 12 years old, he decided he wanted to be a writer. He had taken to learning magic tricks, and helping with carnivals that came to town. One day on a trip near Lake Michigan, he met a carnival magician named “Mr. Electrico.” (You can read the whole story of Mr Electrico in Bradbury's words here.) Bradbury wrote:

Mr. Electrico was a fantastic creator of marvels. He sat in his electric chair every night and was electrocuted in front of all the people, young and old, of Waukegan, Illinois. When the electricity surged through his body he raised a sword and knighted all the kids sitting in the front row below his platform. I had been to see Mr. Electrico the night before. When he reached me, he pointed his sword at my head and touched my brow. The electricity rushed down the sword, inside my skull, made my hair stand up and sparks fly out of my ears. He then shouted at me, "Live forever!"

A few days after that experience, back home in Arizona, Ray Bradbury began writing. He wrote one thousand words a day, every day, for ten years. Finally, when he was 22, he sat down at his typewriter and wrote the words “The Lake.” And then he just started writing whatever came to his head—a beautiful and sad tale about a boy who’s childhood best friend drowned in a lake, and when he revisits, he discovers that her body has been discovered, and it’s been preserved, small and unchanging, while he’s grown. And Ray Bradbury sat back from his typewriter, and he wept, because he knew that for the first time in his life, he had written something good. He wrote every single day after that, until the day he died, sixty-nine years later.

I’ve always loved that story. It reminds me that being good at something takes patience. I can’t imagine doing something every day for ten years if I wasn’t any good at it. I’d get discouraged. I’d give up. I do give up. Because it seems like MADNESS. To stubbornly persist in doing something you don’t think you’re any good at. I think back on my own life, and even things I’m pretty good at now, I feel like I’ve always had some small portion of talent. Granted, it’s very very small, and I’ve grown a lot through doing. And I suppose it’s possible that Ray Bradbury’s first ten years worth of writing was actually good, and he just had super high standards.

But the point is that any time I get discouraged in trying to write this story, or when I don’t get a callback or a role, Ray Bradbury’s story helps me. Just keep doing. Just keep working. If the end result of this exact work isn’t great, it’s simply practice for the work that will be great. And you can’t be great without the practice.

So here’s to the practice. For forging ahead in your writing when you didn’t plan things out well. For working that audition song when you’re sure you’ll fail. Just fail. You’ll probably survive your failure better than you realized you could.