The Simple Life, Part One (Philosophy) 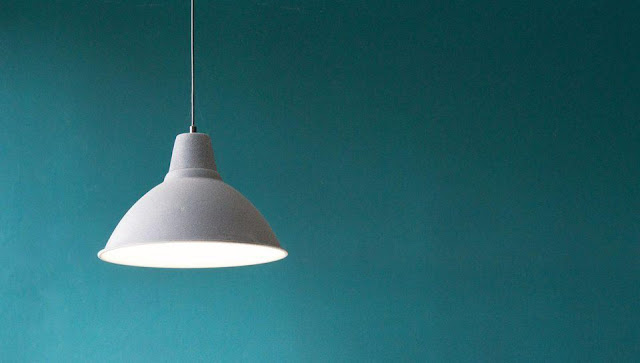 I really like organizing stuff. The physical arranging of objects pleases me. Efficiency pleases me. I’ve been talking about organization with a few people lately, so I decided to do a "How I Keep My Stuff Organized" blog. But as I was outlining, the blog entry sort of…grew. I actually have a lot to say about WHY I have the relationship I do with my belongings, and that those ideas are an important foundation for HOW I interact with my belongings. So I’ve split the original blog entry idea into two parts: the philosophical and the practical.

I consider myself a “minimalist.” There’s a huge range of what this means—for some people, it means owning almost nothing. For me, it means only owning that which I truly need and which truly has value for me. (I have a decent amount of possessions--far more than a lot of people on earth, but probably less than a lot of other people in my age and income bracket.) My favorite definition of minimalism comes from author and minimalist Joshua Becker, who says that minimalism is “the intentional promotion of the things we most value and the removal of everything that distracts us from it." It's about intentionality, not deprivation. It's not getting rid of things you need, it's evaluating what you actually need and actually don't and adjusting accordingly.

I’ve got a few sources of inspiration here. I grew up with three siblings and not much room. That sort of forces you to thin out your possessions. I moved a lot in my twenties, and that was easier when I didn’t have too much stuff. But my minimalist lifestyle goes beyond just my past experiences. Years ago, I watched a documentary series called “Beyond Survival With Les Stroud,” and it was one of those things that had a really profound effect on me. I've come to believe that happiness can be found with very few possessions.

There are other factors, too. I also read that ridiculous “Magical Tidying Up” book by Marie Kondo. (Which I highly recommend, even though most people don't tidy up to this extreme.) I did a ton of research about human impact on the environment, and ways that individuals can affect positive change. I’ve been inspired by the tiny house movement, and full-time RV living.

I also feel like I have to get a disclaimer out of the way right now. And that is that I don’t quite know how to talk about minimalism without sounding kind of insufferable. For one thing, there's an element of privilege here...minimalism can be one of those "trendy things rich white people like." But mostly, I worry that I come across as sounding superior. "My lifestyle is better" kind of vibe. I know that a minimalist lifestyle is better for me, but I can't presume to know what's best for everyone. I do think it's worth trying, or looking into. So with that said, here's:

To Help Alleviate Anxiety
There’s this psychological effect that clutter can have on a person. I think this is true for a lot of people, but I know for SURE it’s true for me, most of the time. (This is less true for me with other people’s clutter. Somehow.) Having things tidy makes me feel empowered and confident, and the easiest way to keep things tidy is to not keep a lot of things.

To Reduce My Environmental Footprint
Minimalist living helps preserve environmental resources in a few ways. Smaller living spaces take less energy to heat and cool. Anytime you buy something new (which you probably don’t need), that new thing took resources to manufacture and transport, and it will take resources to dispose of. (And when you have fewer things, you’re less likely to accidentally buy duplicates of things.) I also have this theory that the only reason we have stuff is that we have room for it. If we were to give ourselves less room for it, we'd find we could live without the stuff.

To Live Deliberately
This is sort of hard to explain, but this is a really big thing for me. When I have less “stuff,” it means that I have a deliberate relationship with everything I own. It also means I spend less time cleaning up clutter or looking for things, giving me more time to do things that are more meaningful to me.

To Keep Me (And My Budget) Focused On Other Things I Care About
I suppose this has a lot to do with living deliberately. But to be more specific, minimalism keeps me from being distracted. Instead of spending money on more “stuff,” I can spend money on things that are more meaningful to me. Instead of spending hours picking up clutter, I can read or paint or write or spend time with friends. Minimalism just takes way less tedious “work” to maintain.


I’m not sure exactly how naturally I lean towards minimalism...if I'd have ended up living this way without thinking about it. At this point, I know that it’s a deliberate lifestyle choice I have made for myself. I do not want a large house. I don't want a lot of “toys.” I want to surround myself with things that are useful and/or meaningful, and get rid of everything else.

I’m not going to tell you that you should get rid of everything you own. (I am going to tell you that you can get rid of a lot more than you think you can, though.) After all, the easiest way to organize your stuff is to get rid of most of it. I promise that most of you don’t need more than one suitcase, or that many pairs of socks, or that much silverware. I promise you can live without many of the things you "can't live without."

In the next entry, I’ll get into the practical side of how to organize stuff (and get rid of a lot of it). In the meantime, check out these pinterest ideas for inspiration.
at July 09, 2018