On mileposts and the question "What's the point?" 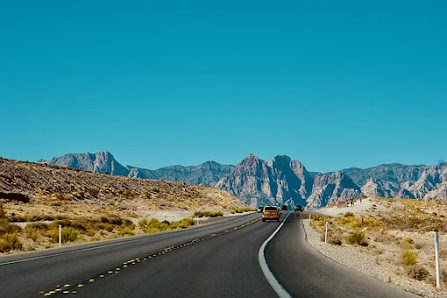 I’ve been thinking a lot about mileposts lately.

It’s partly because I’ve got a bad case of “itchy feet” lately, which sounds clinical, but is just my phrase for “wanting to travel or explore new places or be someplace that isn’t here.” I’ve been daydreaming about a huge cross-country road trip to see everyone I know and love this summer. I’m planning a trip to Arizona to see some family in May.

But I also know that I can’t drive for more than about five hours before I start to lose my mind. It’s just too exhausting, and I get tired of music and podcasts and singing and silence and sitting. So I’ve been finding mileposts. Places to stop and rest, to take a break and refill my strength before I keep going.

If I had more time and hadn’t procrastinated this blog entry, I would have written much more poetic and symbolic drafts of this essay before posting the perfect and complete version of it. But I’ll have to tell instead of show this time.

Because the last year or so has been the longest metaphorical road trip of my life. It has been for all of us. Pandemic aside, mine has included everything from the sudden and unexpected death of a dear friend to childhood cancer in the family to rejection from dream jobs to the break up of a serious relationship. And I’m tired. Tired enough that my brain started asking, “What’s the point?”

In the last two months or so, so many small to medium-sized hardships just kept happening. It began to feel relentless. None of them were anyone’s fault, necessarily, and most were just perfectly reasonable and un-preventable circumstances, that also happened to make me miserable.

My brain was asking “What’s the point?” often enough that at the suggestion of my therapist and doctor, I finally raised my dose of antidepressants, and after a week or so of adjusting, it’s made a wonderful difference.

But the other thing that’s helped me is these sort of metaphorical mileposts. Moments when I could rest and refill before I carry on. Some have been planned—a massage, a haircut, a weekend getaway. Some were tiny things I chose in the moment. Looking up at the stars before I go inside, after coming home from Door Dashing. Opening a window to listen to birdsong or rainfall. Letting my body sleep when it needs to sleep.

But some of the most beautiful mileposts were ones that were unexpected gifts. A late night text conversation about travel and magic and tarot readings. A friend stopping by unexpectedly—sitting in the sun and talking for an hour about art and how our bodies hold stories. A book that unexpectedly captured my heart (I see you, “The Kiss Quotient” by Helen Hoang). A rehearsal where the actors are making beautiful discoveries and creating stunning moments. Moments of magic. The other day, I was waiting to pick up a Door Dash order in a Five Guys, and noticed a Pearl Jam song playing over the speakers. As I got back into my car, my iTunes on shuffle, I thought “I wish my iTunes would shuffle to a Pearl Jam song” and immediately, my iTunes began playing “Wishlist” by Pearl Jam.

There are times when the road trip we’re metaphorically on is so enjoyable that we don’t even notice how long we’ve been in the car, or that we’re in a car at all. And other times when it begins to feel relentless. When we start to wonder “What’s the point?” So on the long drive from Salt Lake City to Tucson, Arizona, I’m stopping at both Zion National Park and the Grand Canyon. I’m giving myself mileposts where I can rest and breathe and refill before I keep going. And the trip itself is a metaphorical milepost in the longer journey of this spring and summer, one with so many unknowns and a few quiet longings.

I don’t think there’s one “right” way to go through difficult times. But I’ve discovered that for me, having mileposts helps to answer the question “What’s the point?” The point is a visit to see my mom and sister in Arizona in May. The point is that talk with T on the front patio. The point is theatre. The point is magic and starlight and the universe answering prayers in the form of songs shuffled on iTunes and good books.

Some mileposts are solid and scheduled, like a second COVID vaccine dose or a roadtrip. But the more I look for them, the more I see mileposts to give me strength day to day. And even though it’s cheesy, I thank the universe for them.