EXTRA! EXTRA! READ ALL ABOUT IT! 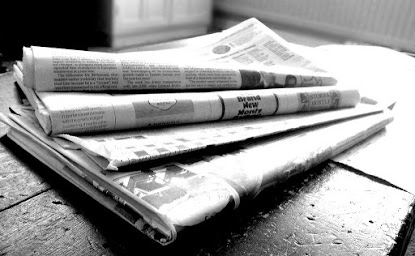 HOUSEHOLD DOG IS CERTAIN THAT OWNER WILL NEVER COME BACK, EVER

Late yesterday afternoon, a 1-year-old coon hound mix lost his sanity when his owner walked into the bathroom and closed the door. Despite the fact that this is a frequent occurrence and that the owner always returns, the adolescent pup stood at the door and whined for the entire three-and-a-half minutes that the owner was gone. Other household members attempted to offer reassurances and comfort, but these had little effect on the worried doggo. It was only when the owner opened the door with exclamations of “Can you chill?” and “Why are you like this?” that the dog calmed down. Currently, all is calm in the house. (The dog declined to provide a statement for this story.)

It is that time of year where it’s hot during the day and cold at night. We recommend wearing shorts but bringing a jacket. Pollen count is very high, with winds expected to exacerbate any allergies. This report is only included to help meet the word count requirement.

EYE ON SCIENCE: GROWING WEEDS AND DYING LAWNS IN A YEAR OF DROUGHT

It’s that time of year—perennials are coming back, trees are blossoming, and the lawn mower is getting pulled out of the shed. But this year, Utahans are facing a conundrum. Their yards need water, but there isn’t a lot to spare. The state of Utah is currently in one of the worst droughts since the 1970s. With watering restrictions in place, residents have a more pressing question: Why doesn’t the drought prevent the millions of weeds sprouting up? Freelance scientist Rebeth Whitner has been studying the question for years. “The truth is…we don’t know,” Whitner says. “It could have to do with how much water each different plant needs to grow, but so far, our research indicates that there’s no real pattern. It seems like they do this just to spite us.” Whitner and her colleagues at the Center for Plant Science have been conducting experiments since 2014, but their findings have been inconclusive. When can we expect answers? Whitner laughs sardonically. “When hell freezes over,” she says. So in the meantime, wait to water, and just keep spraying those weeds.

SECRET LIP SYNCING: WHAT MASKS HAVE BEEN HIDING ALL ALONG

With the CDC recently lifting mask guidelines for vaccinated individuals, many are finding this new world has a few challenges to navigate. There’s the obvious uncertainty that comes with the fact that going mask-less is based on the “honor system.” There’s no way to know whether someone is vaccinated or not just by looking at them, sending some into anxiety spirals that can be difficult to come down from. But there are some unforeseen complications as well. One source, who wished to remain anonymous, shared her experience: “I didn’t realize how often I lip sync in stores,” Jane (not her real name) stated. “I’ve been doing it for about a year, and the first time I went out without a mask, I couldn’t figure out why people were staring and smiling.” It took Jane a few minutes to realize she’d been lip syncing to the Bruno Mars song playing over the loudspeakers. While most of us have found mask-wearing a little annoying, many have discovered unexpected benefits. “I went two days without brushing my teeth!” said one source, who also wished to remain anonymous. Others cited being able to cover acne, secretly mouthing rude things to people who walk too slow, and not feeling obligated to smile at friends’ babies. There’s also the benefit of not getting sick as often—while masks prevent the spread of COVID, they also prevent the spread of other infections like the common cold. It will likely be several months before we all adjust to a post-mask-requirement world, and there may be a few growing pains. None of us expected mask requirements to have silver linings, but it turns out there was something to smile about after all. Even if no one could see it.

GETTING THAT SUMMER BODY!

It’s been a long year and a half! We’re all coming out of isolation and getting ready for a summer of hedonism. Worried about that “quarantine 15”? You’re not alone. But luckily, you are only two steps away from having that “summer body,” and both take little to no effort. Step One: Have a body. Step Two: Experience summer.

Last week we ran a story about a local cat who believed that the entire couch was hers. We erroneously stated that the couch belonged to the humans in the household. We have been informed that the couch is, in fact, the cat’s.