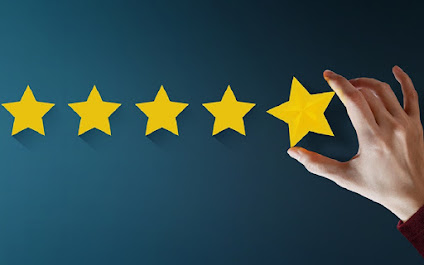 I slept on this show for literally a decade, and then A recommended it, and now it’s 2 weeks later and I’m almost done with season 4. I am charmed and delighted by this ensemble-based sitcom. I dismissed this show for so long for a few dumb reasons. One is that I was (am) a hipster with no logic and had this unjustified sense of superiority for “not liking sitcoms.” The other is that I am intimidated by Zooey Deschanel and have an unfounded fear that every straight guy wants me to be her. (That’s probably some internalized misogyny, actually.) But I now adore Zooey’s character Jess, and I’m also deeply in love with Nick Miller. (Crush on TV character = another way I’m currently acting like an 8th grader.)

I read the “Six of Crows” series last summer, and then devoured the “Shadow and Bone” trilogy a few months later. Leigh Bardugo has become one of my favorite authors. (Strong focus on characters and relationships, good world-building, suspenseful plots, diversity of all kinds!) The Netflix series combines these two separate series into one story. They take place within the same world, but in different timelines, and are really pretty damn completely different. Six of Crows is all “ragtag group of petty thieves pulling off an epic heist” and Shadow and Bone is all “a girl is the answer to a prophecy about destroying the work of dark magic.” Structurally speaking, so far I think they’ve combined the plots fairly well. I think it technically works, but in all honesty, I think some executive at Netflix made a poor choice in slamming these two stories together. Even if you were just thinking as a dirty capitalist, the fan base absolutely exists to get way more mileage out of this world. They could have done literally twice as many episodes and people would have watched the hell out of it. But too late now, Netflix, so I’ll embrace what is and accept these plots being interwoven. I’m a fan of the art direction/design. I think the casting is fairly perfect, with no A-list stars to distract or “carry”—just capable actors doing good work. (Thank GOD this wasn’t made in the 90s, when studio execs would have cast Leonardo DiCaprio as Kaz for the star power and made every character straight and white and neurotypical.) (Also, I hadn’t realized until I watched the first few episodes of the series that I’d been picturing the Darkling looking a lot like David Bowie. Ben Barnes is much better casting.)

I dragged myself through 80% of this book. It had so many good reviews on Goodreads, and it was on so many lists, and I always like stories with multiple intersecting perspectives. Maybe I wasn’t in the right mindset or something, but I found this book to be a BUMMER. A whole lotta focus on trauma. Especially about, and from the perspective of, Edward. I imagine the end of the book is probably uplifting somehow. Finding meaning in the tragedy or whatever. But the discovery of the letters felt sort of trite. It was a “Chicken Soup for the Soul” resolution being set up. I spent most of this book hoping for a final chapter like The Goldfinch’s, but eventually decided I didn’t have the patience to get through the rest of the story to get to it (if it existed).

The COVID-19 Pandemic (a pandemic)

I’m mostly including this as a reminder (to myself more than anyone) that the pandemic is not yet over. I got my second shot in early April, and as of Friday, our entire household is vaccinated. Today, I drove past a movie theatre and thought about being able to sit in a darkened room in front of a big screen again and almost cried. I still haven’t eaten IN a restaurant yet, and we’ve had two or three other vaccinated people over, and I just accepted a role in a musical with COVID precautions. So in my corner of the world, things are looking pretty good. Vaccinations are up and infections are down. I still wear a mask when outside the house, but there’s a light at the end of the tunnel. I give the pandemic as a whole zero stars, but I give the current healing Utah curve a solid four and a half.